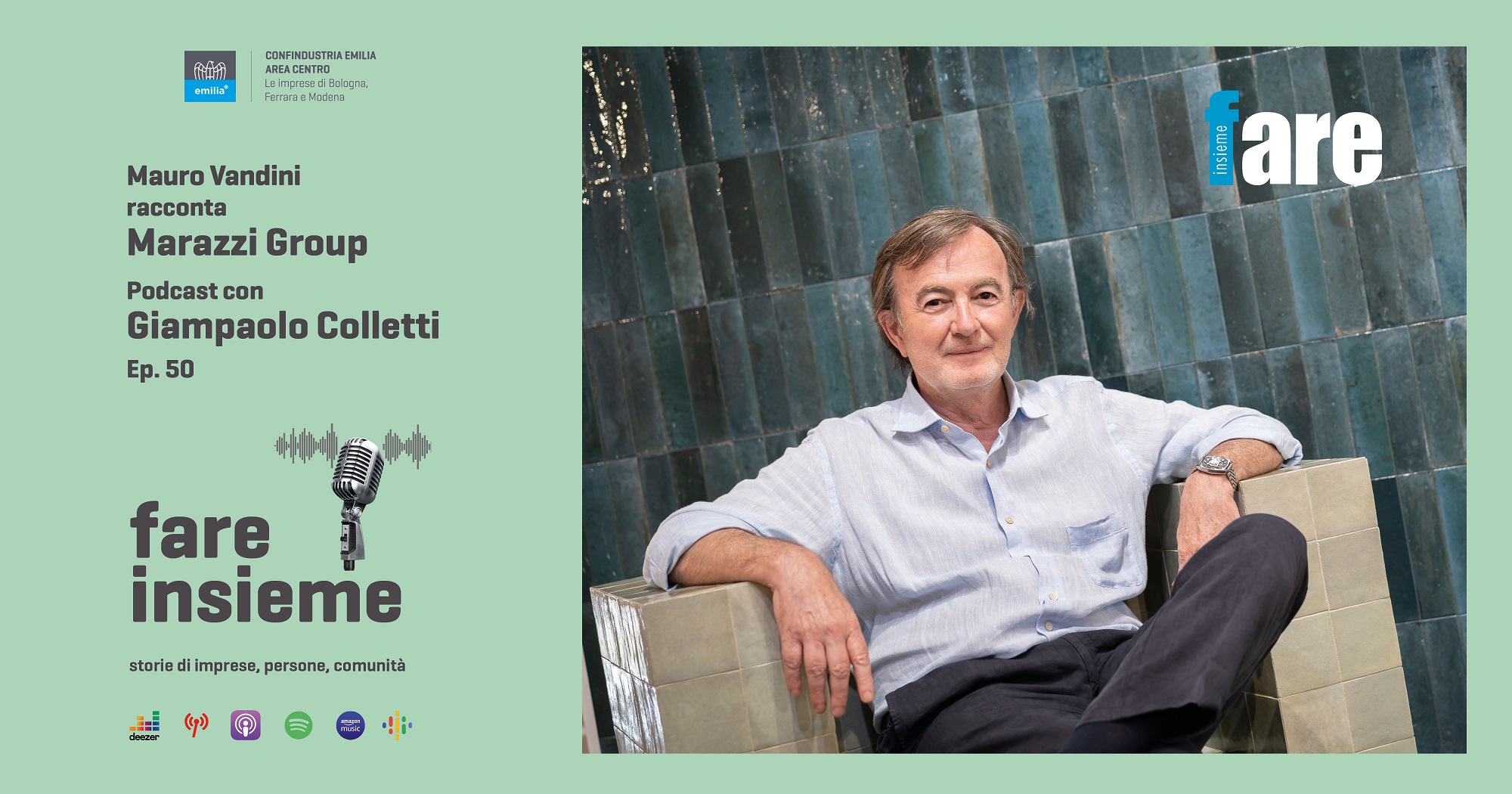 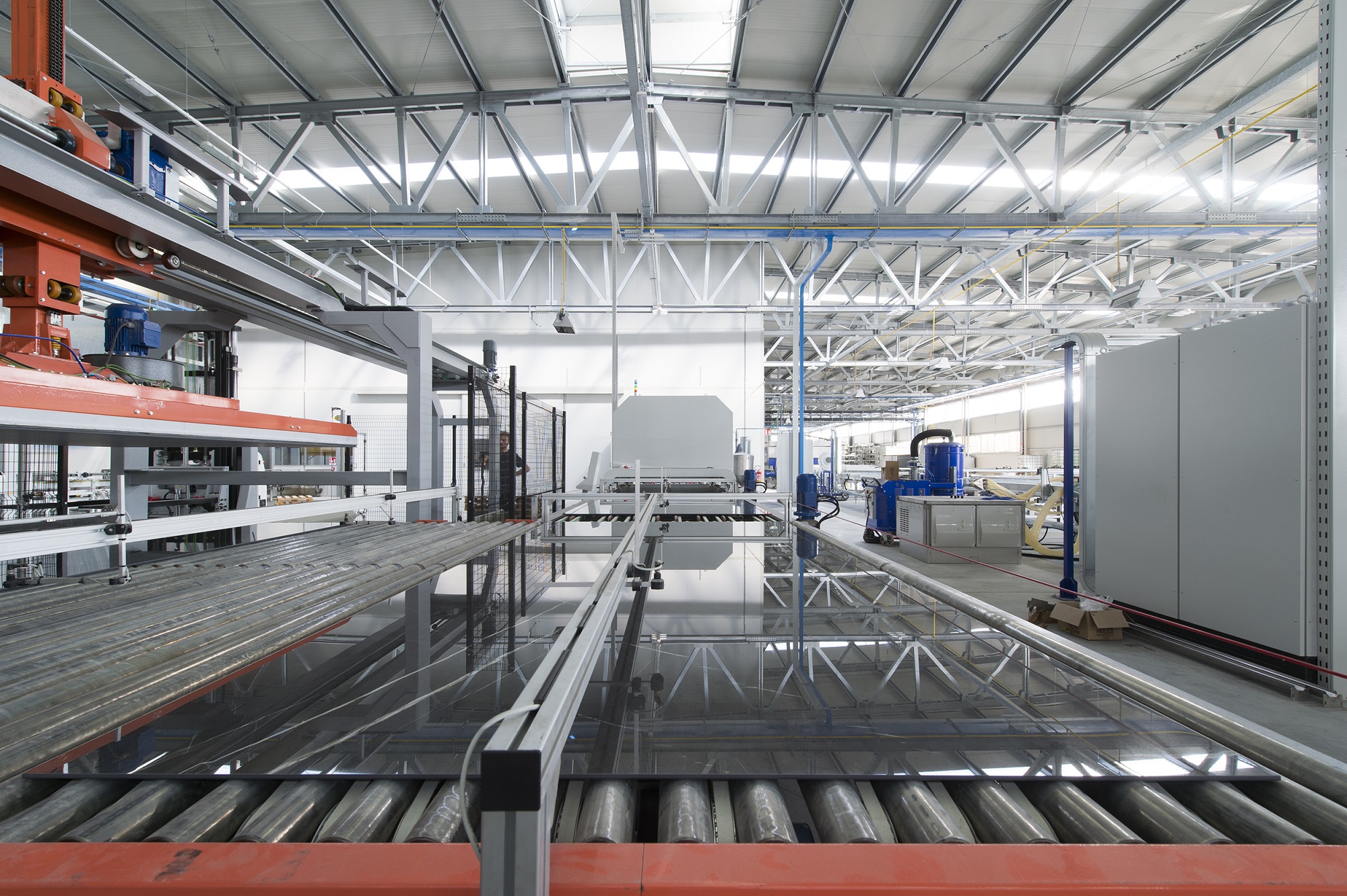 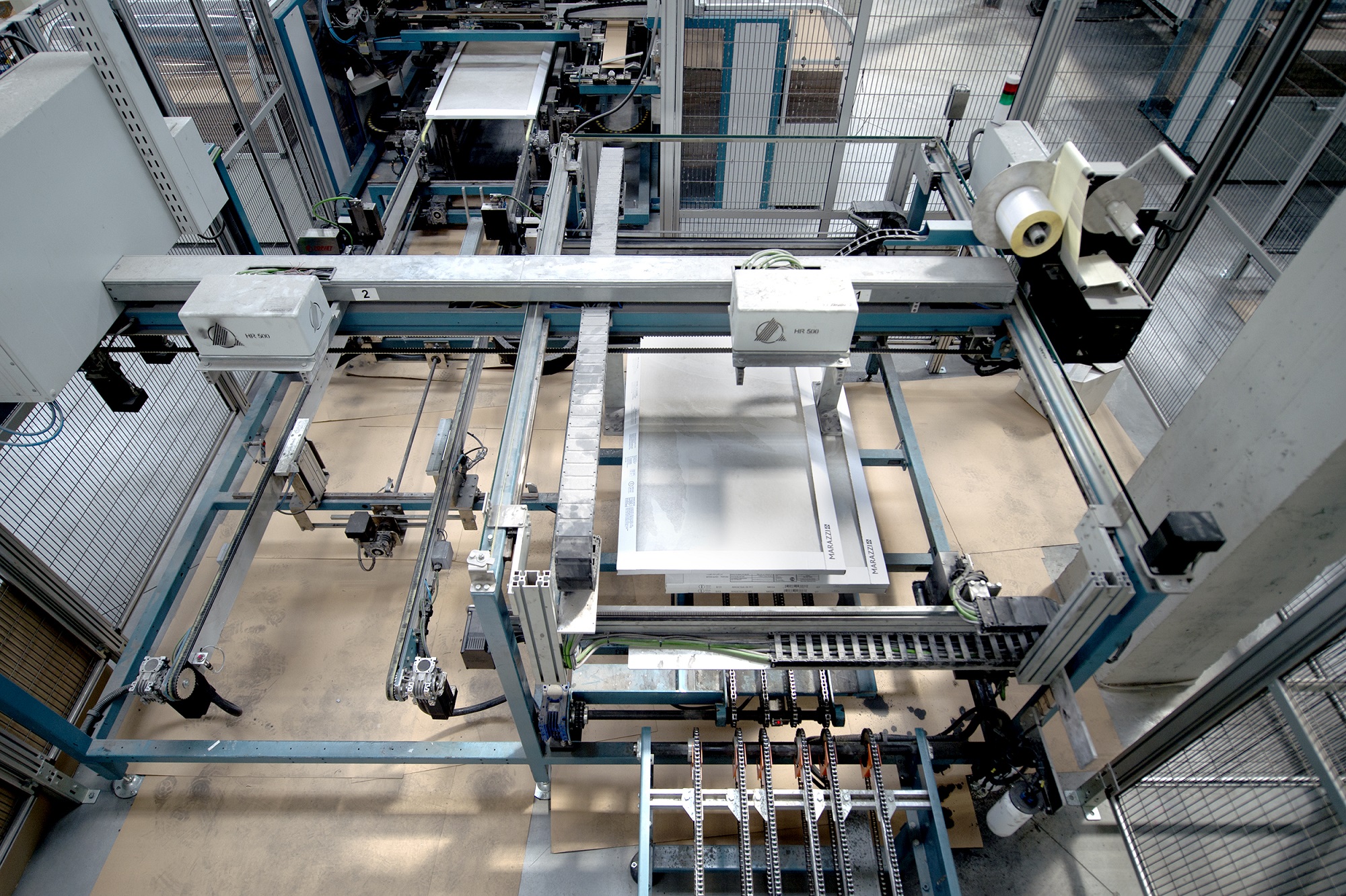 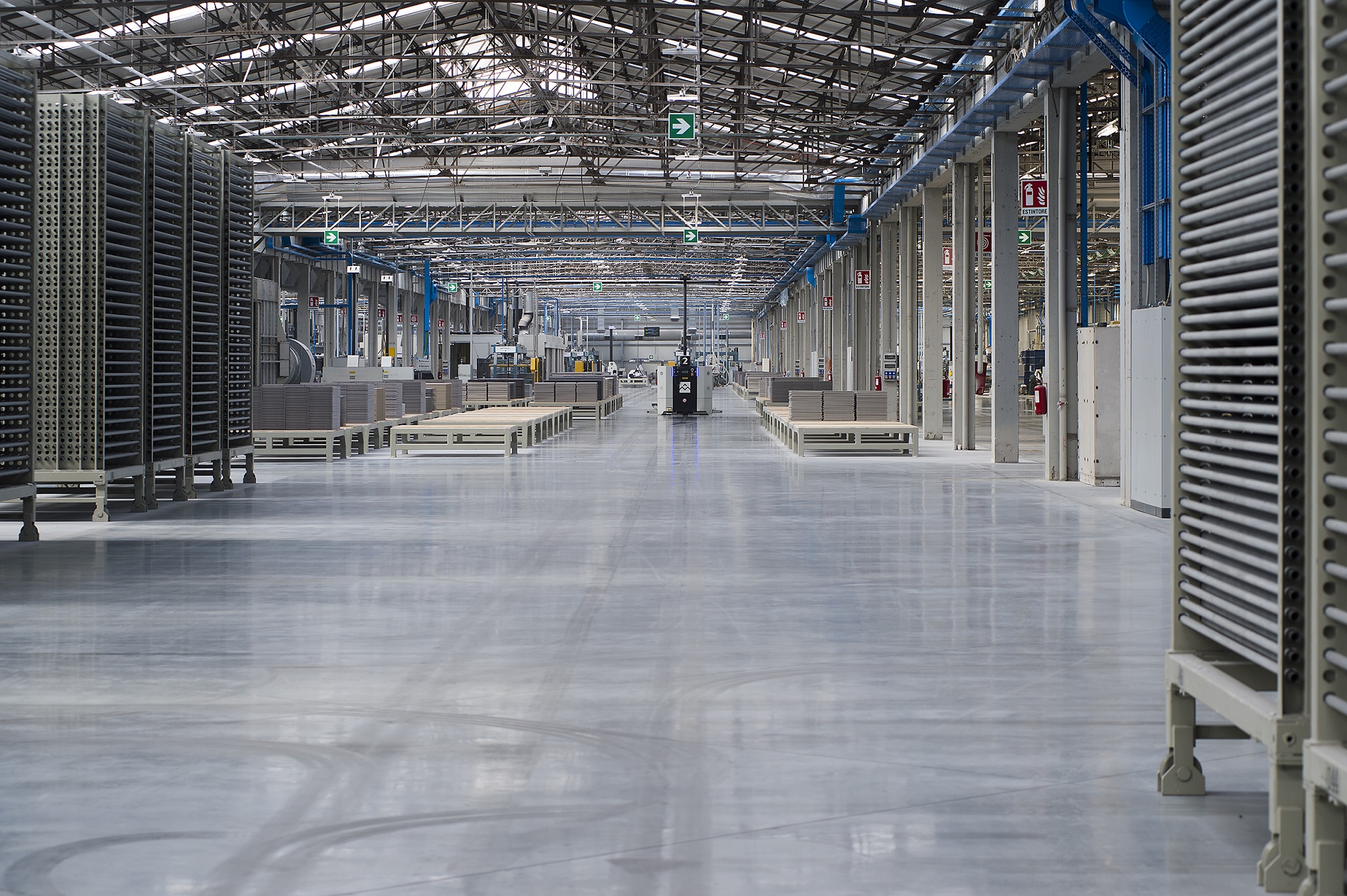 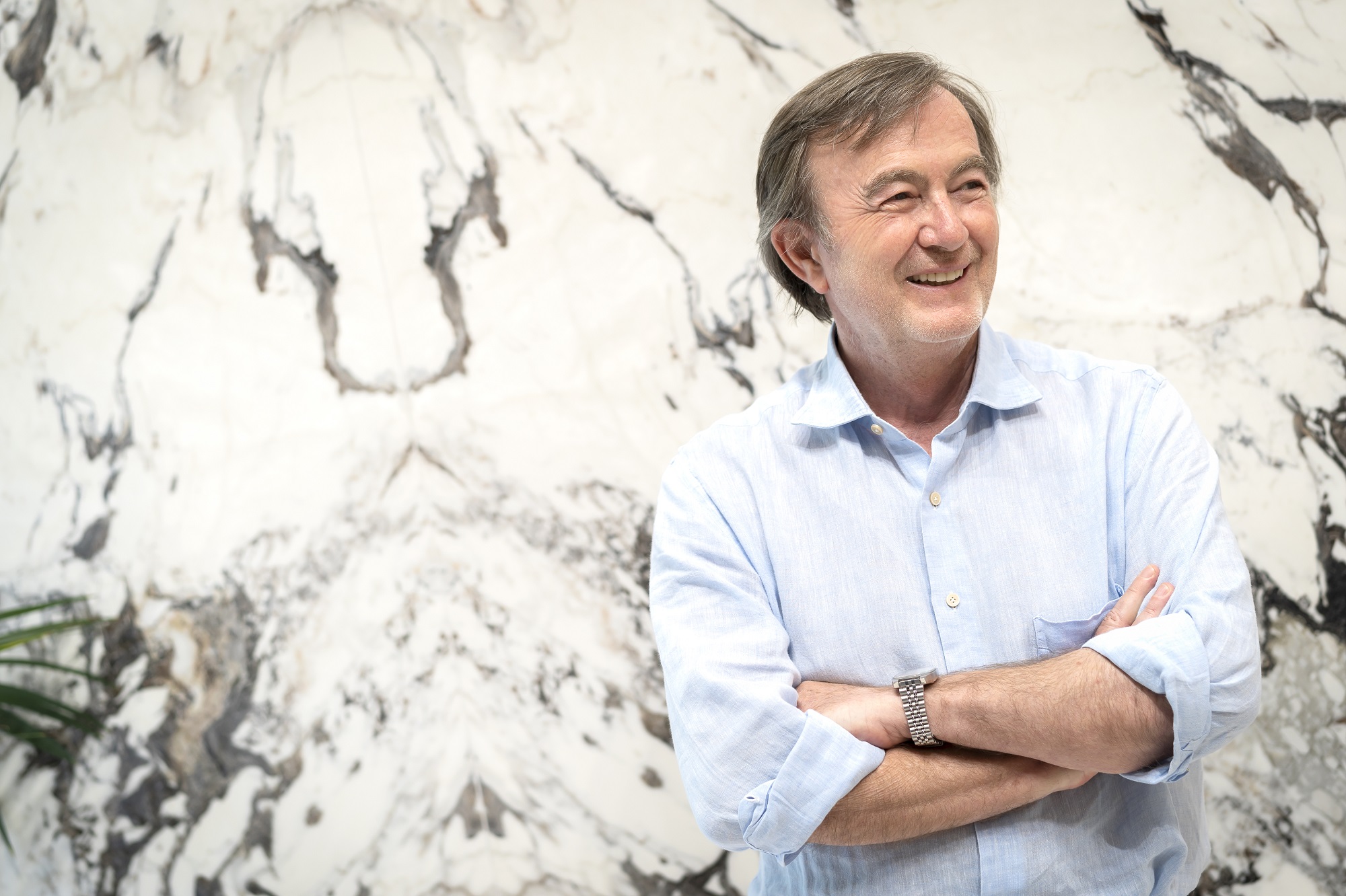 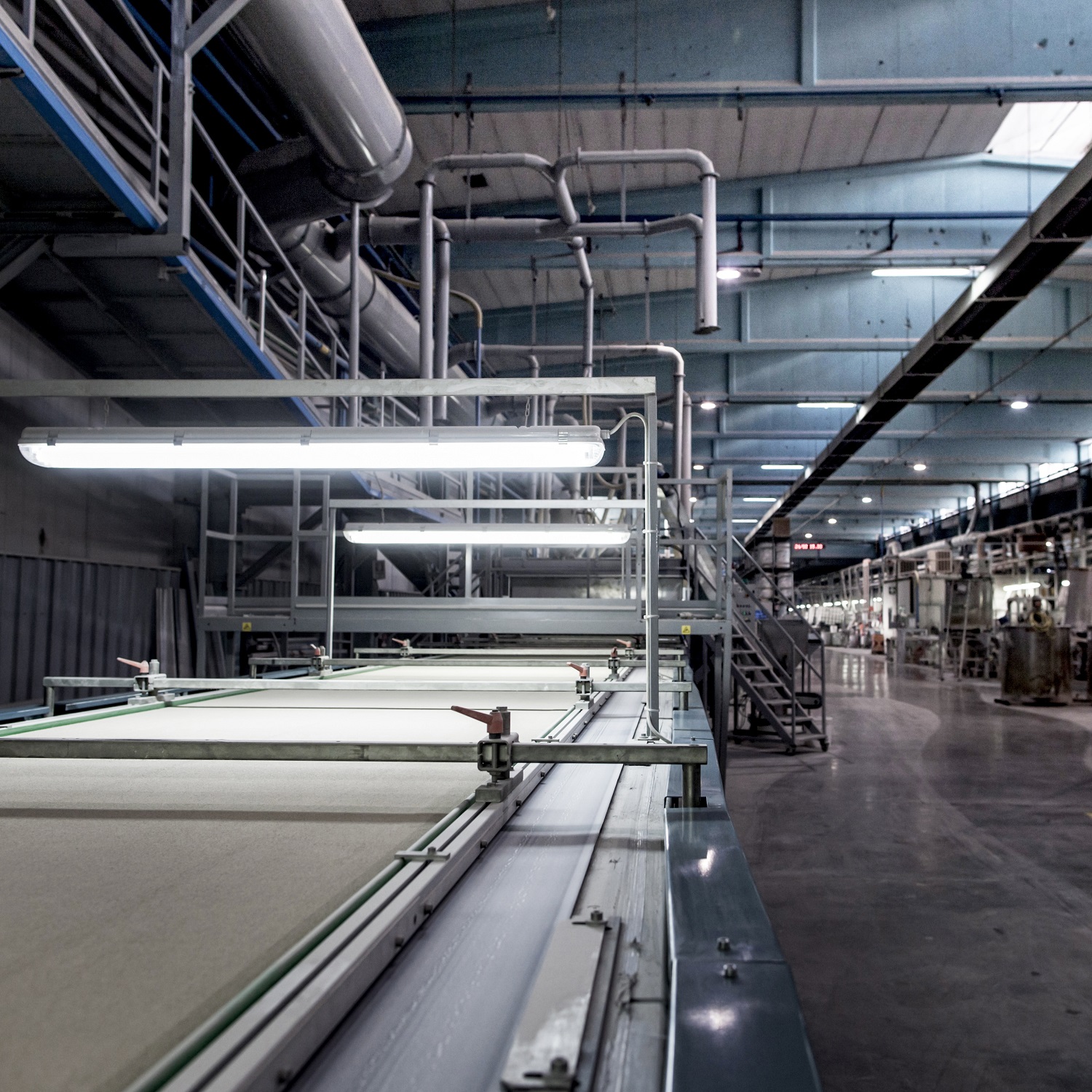 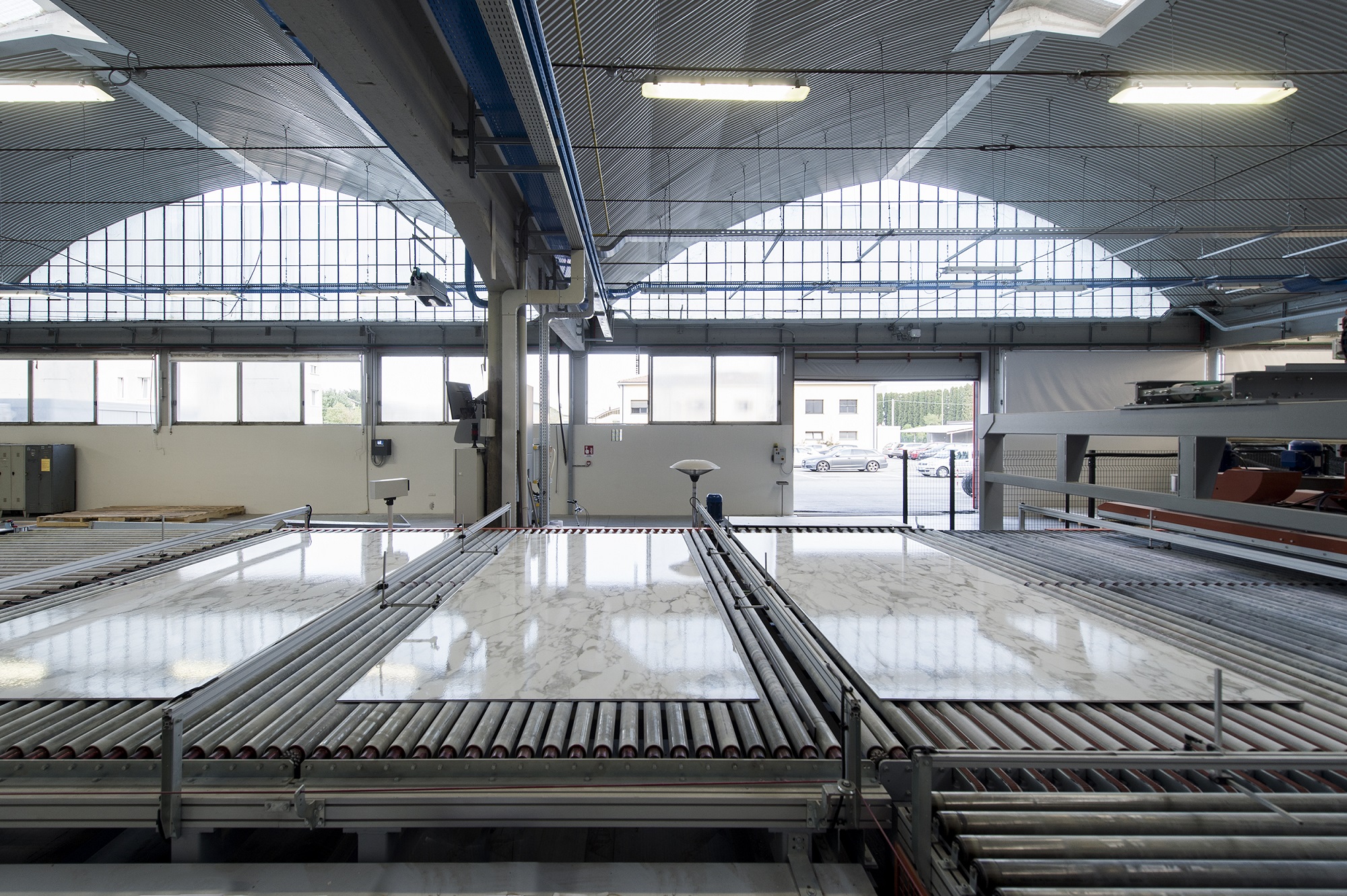 Icons are timeless. It is precisely time that makes the difference because it indissolubly links a glorious past to an innovative future. And in between, there is a present waiting to be written. This is the case of the Marazzi Group, international leader in furniture and design for the production and marketing of ceramic and stoneware tiles. A company from Emilia and a globetrotter operating in 146 countries. It all started in Sassuolo back in 1934, when the ceramic district did not yet exist and only three other kilns producing ceramics were active in the area. By the end of that year, there were already almost a hundred workers. The company's headquarters have always remained in the same place, just a stone's throw from the railway and the Modena canals, as if to emphasise the identity of being from Emilia, which is expressed in work, excellence and passion. Today, the team employs more than 1800 people, there are six production sites, plus sales offices in France, Germany, England, the Emirates, Japan and China, and the latest acquisitions in Poland and Bulgaria. A company founded in Italy and looking to the world: in addition to the local market, the main markets are Germany, France and Spain. Marazzi has two factories in Spain, in Castellon della Plana. Since 2013, the company has been part of Mohawk Industries, a multinational corporation listed on the New York Stock Exchange with a turnover of $11.2 billion in 2021, up 17.3% on the previous year. This growth is reflected in direct investments in all factories, cutting-edge technologies in all segments, from plates to small formats, and brand and showroom acquisitions. «2021 went beyond expectations, but today it is difficult to make forecasts. We have reacted well to this time of emergency, putting health and safety first, learning to work in a different way. We have improved our IT, digital and remote relationship skills, we have continued to invest, to research products and to present them to customers who now want and demand increasingly customised solutions. There is still a lot to do, not only as a company but as a system», says Mauro Vandini, CEO of the Marazzi Group.

The plural enterprise. Building a system, as well as doing business. It immediately becomes clear that we are talking about a company, but in the end we are referring to an extended supply chain in an area that has become the leading international centre for the creation of fine ceramic tiles. «In this district, there is a widespread, skilled and brave entrepreneurship that has been able to organise itself into a system of small businesses capable of meeting market demand and even anticipating it. The district arose out of pollution, the ability to do a little better than one's neighbour. At first, the availability of raw materials and Marshall Plan funds, then the development of specific skills and experience and the ability to pool them. The ceramics district was once the prerogative of the Germans. In twenty-five years, it has managed to become the pole of excellence in Europe, winning the challenge over the Spanish, today's fiercest competitors. The district is increasingly based on a few strong companies that drive the smaller ones, but today even the big ones benefit from the others because they are more flexible, faster and have a spirit of innovation. Thus, the weaknesses of individuals become strengths of the whole. Even though there is excessive competition and often an inability to unite in tackling problems related to sustainability, logistics and social capital, I believe that the district can still contribute and be strong for the future”, Vandini points out. Shifting from competition to coopetition, making different teams work together. Nowadays, there is a lot of talk about open innovation, but Marazzi was already a forerunner in the 1980s, creating the Marazzi Crucible (Crogiolo), now a cultural centre open to the public. This was a research centre open to architects, designers, artists and photographers of international renown, who were asked to freely interpret ceramic products in new ways. «Those were years of strong growth after the patent for single firing, the first large format, the first joint ventures abroad, in line with the great collaborations of the past: Martini in the '40s, Gio Ponti in the late '50s, the great tailors of the Altamoda collection in the '70s. Thus, a true centre of experimentation was established, which still inspires the collection of small-format tiles we have called Crogiolo (Crucible), with its prototypes, drawings and notebooks. After all, we have always been open to collaboration and innovation by bringing together different skills», says Vandini. Networking also means smelling trends, allying towards new virtuous processes.

Being at the top. Product innovation, a vision for internationalisation, which was a pipedream at the time. And also managerial work control. «I joined Marazzi in 1982 because I wanted to go and work abroad. I spent twenty-one years of my life in the United States, France and other countries. And as an engineer, I also spent two years in management control», recalls Vandini. In recent years, the company has doubled the size of its factories in Fiorano and Finale Emilia, has modernised its historic factories in Sassuolo and its research laboratories, and has refurbished its headquarters. The company's vocation for experimentation is in its DNA, and its records bear witness to this: the first stoneware, the first collaboration with leading designers, the patent for single firing, an industrial revolution that is still the most widespread production process in the world, the first large format, the first product with high technical resistance, research into the interpretation of natural materials in recent years. «The first extremely realistic wood-effect porcelain stoneware was created in the Marazzi factories and, today, it complements many product lines which manage to offer sustainable interpretations of rare stones and marbles with very high resistance characteristics, thanks to digital technologies», Vandini points out. Advanced technologies and human capital are intertwined. «Remaining one step ahead in product and process innovation is fundamental, even if I believe it is no longer enough in the face of international competition. In recent years, we have registered patents and trademarks for our premium technologies, which have been improved in our laboratories together with suppliers in the district, but we need to make progress on logistics, commercial and distribution organisation, and infrastructure, including digital infrastructure. I believe that human capital and vision have a common meaning: in order to maintain our position, continue to grow and be good ambassadors of the best Made in Italy products, people must share the same values and accept the challenges posed by an increasingly complex market», concludes Vandini. And for the future, he hopes to continue to do a good job and research, producing the best ceramics in the most sustainable way and continuing to be one of the best workplaces in the world. This is certified by the Top Employer award for the sixth year. After all, true icons learn to surf on their own time, always staying on top. 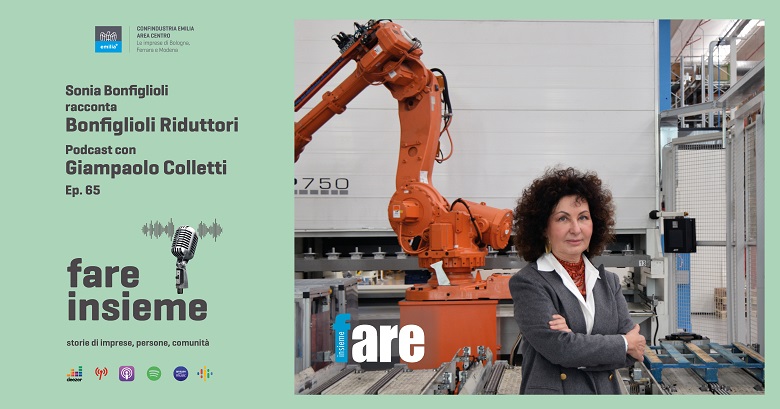 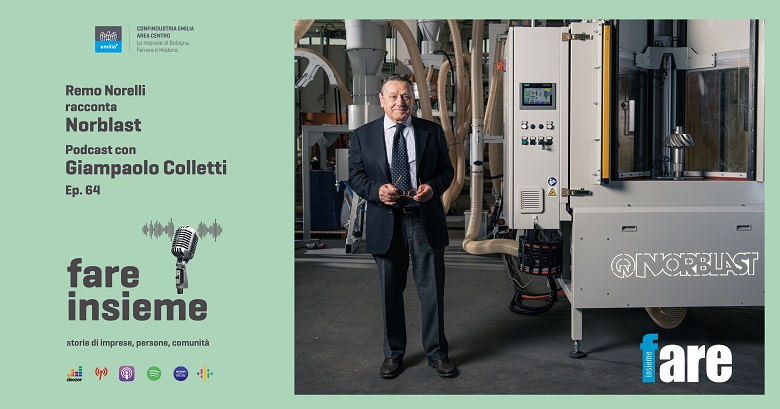 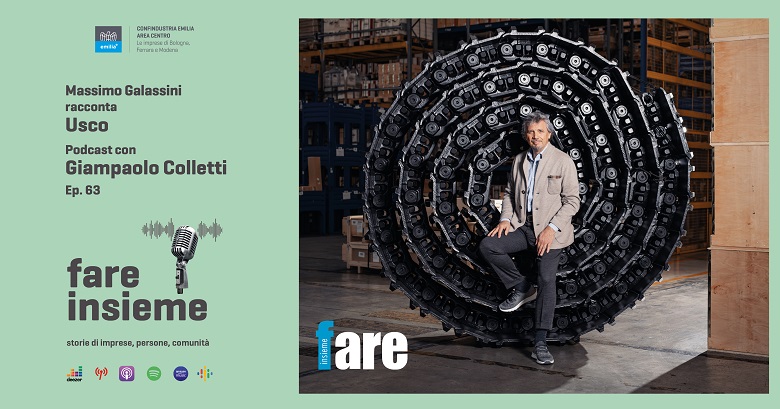 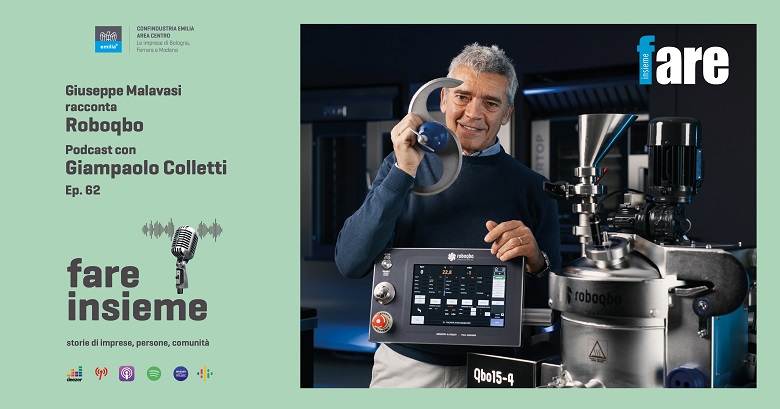 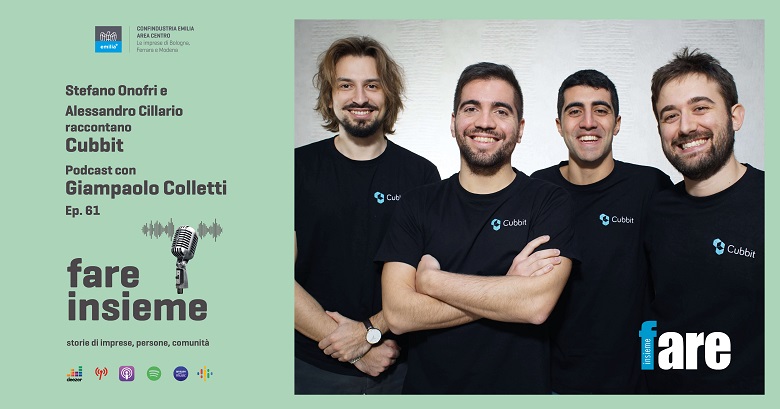 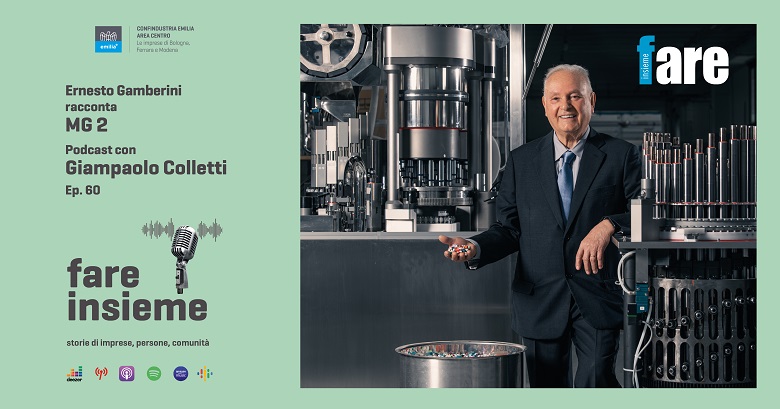