«How master confectioners went to work in a metalworking company» 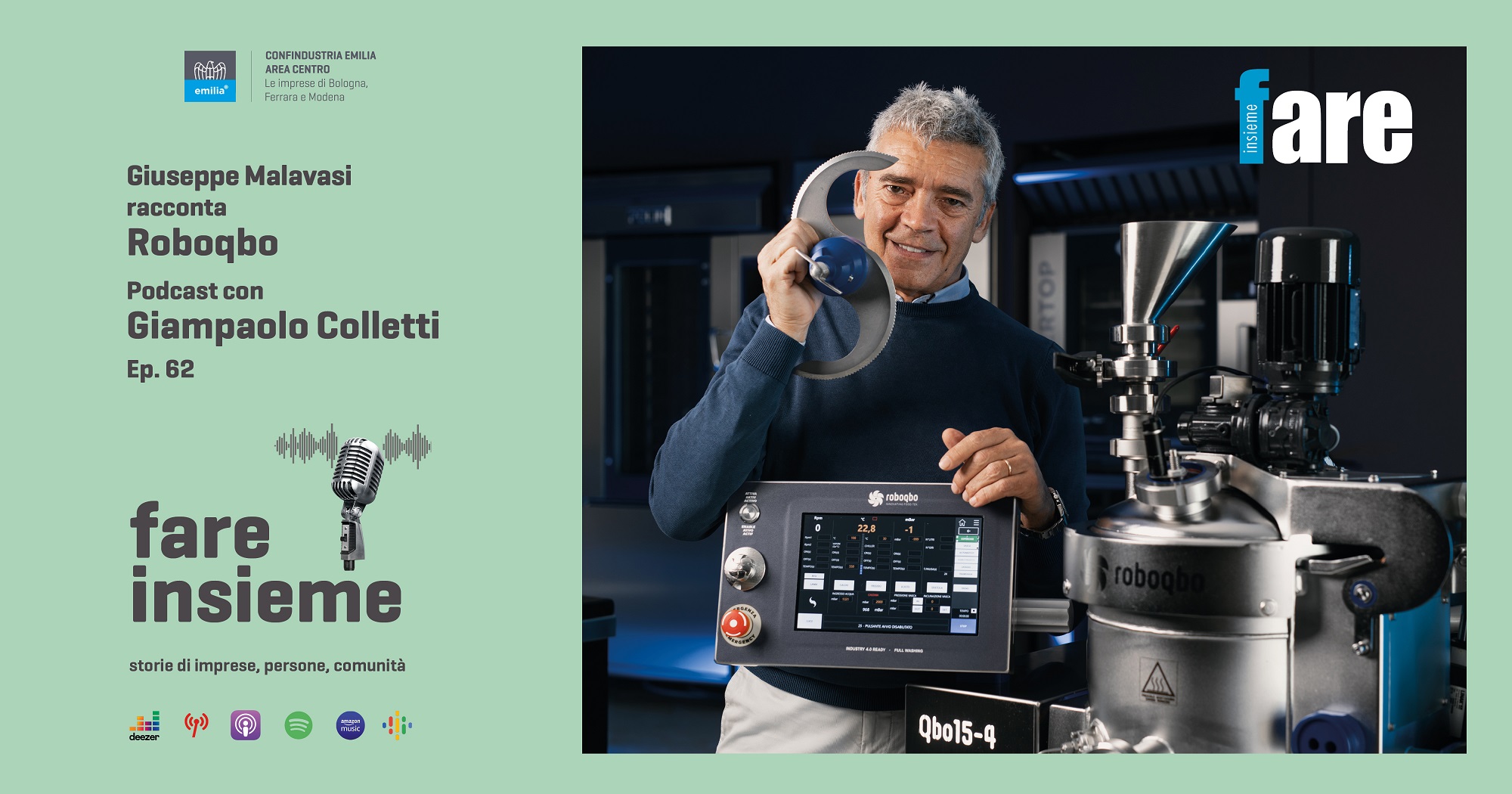 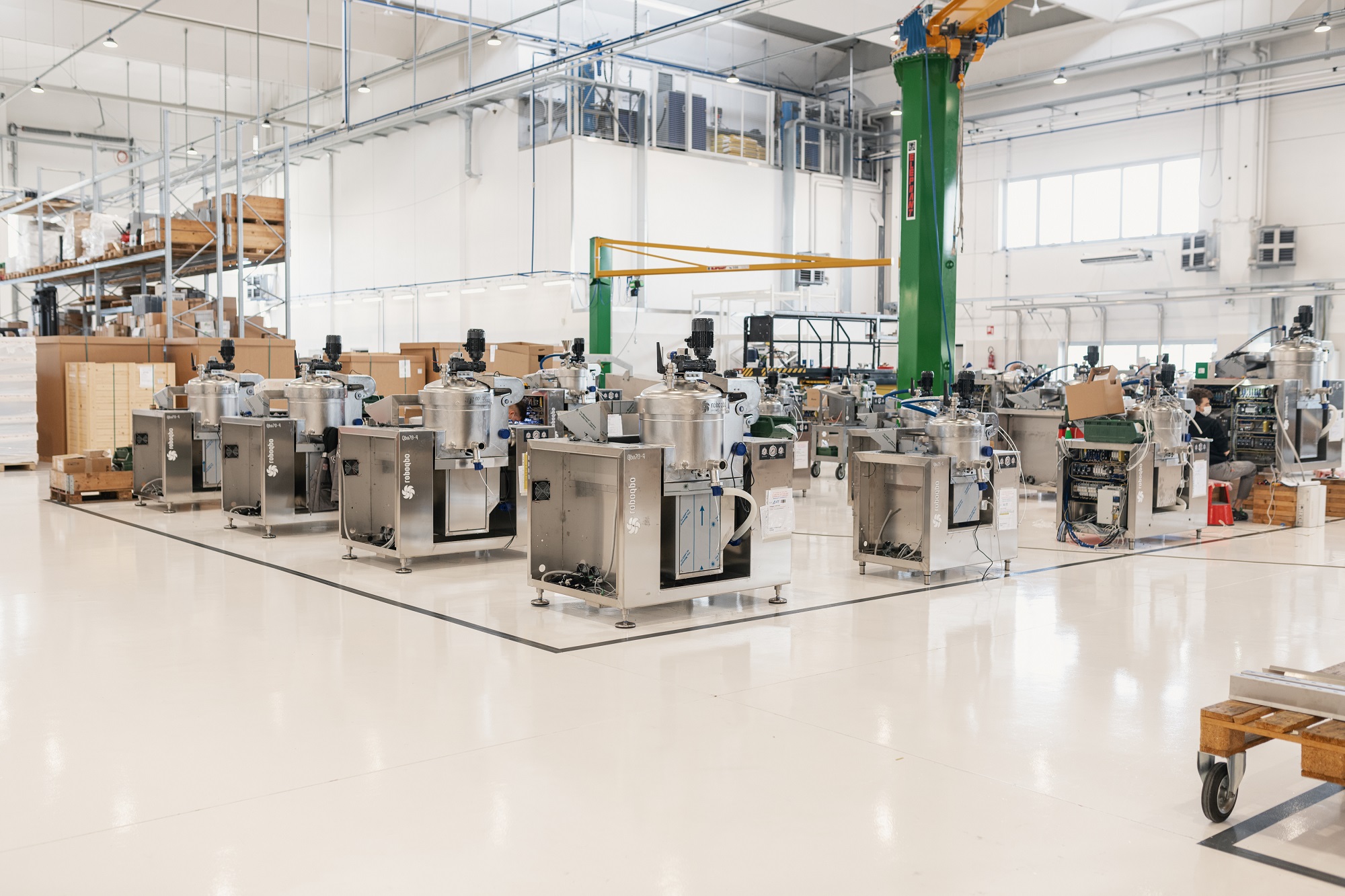 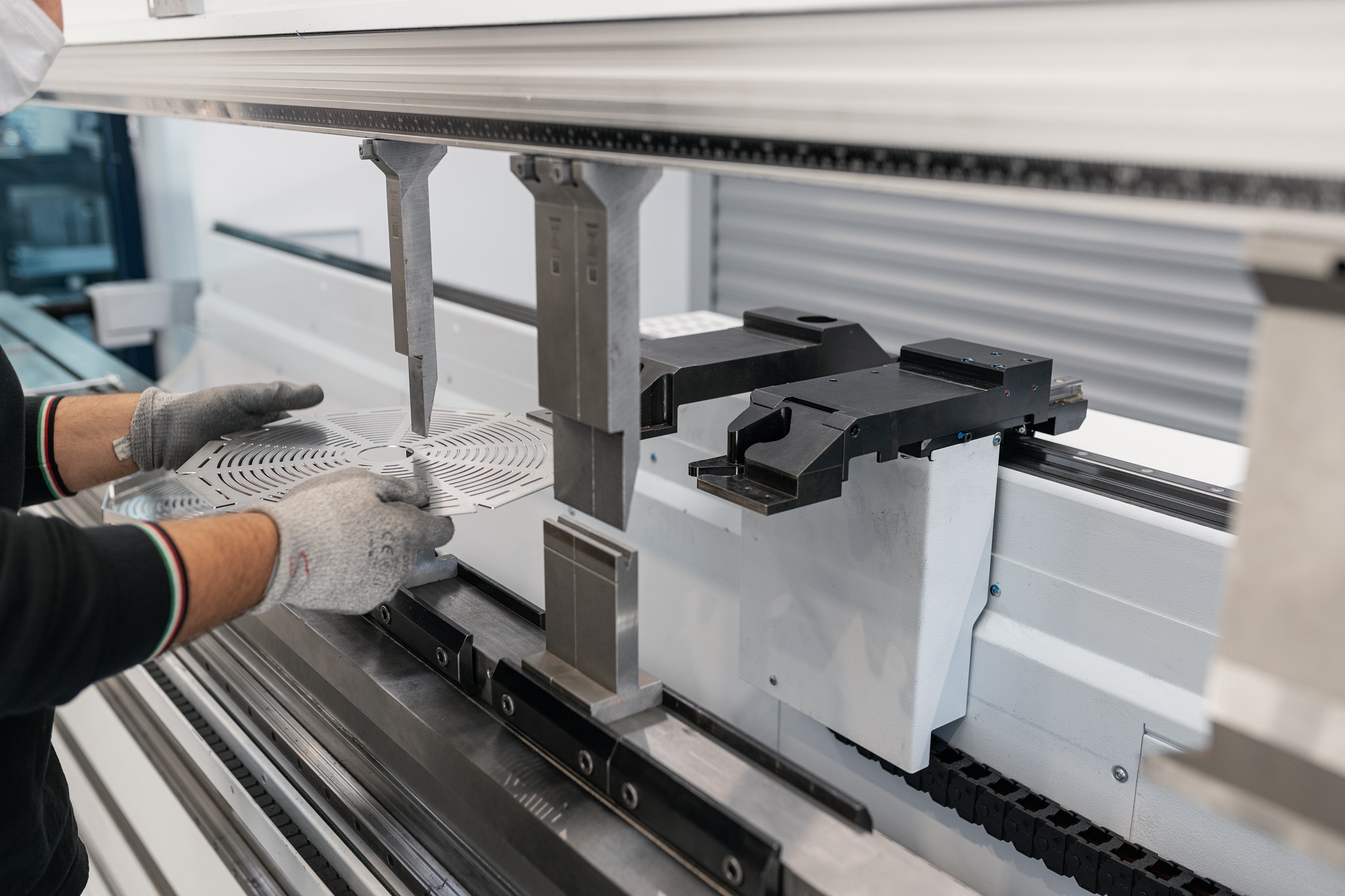 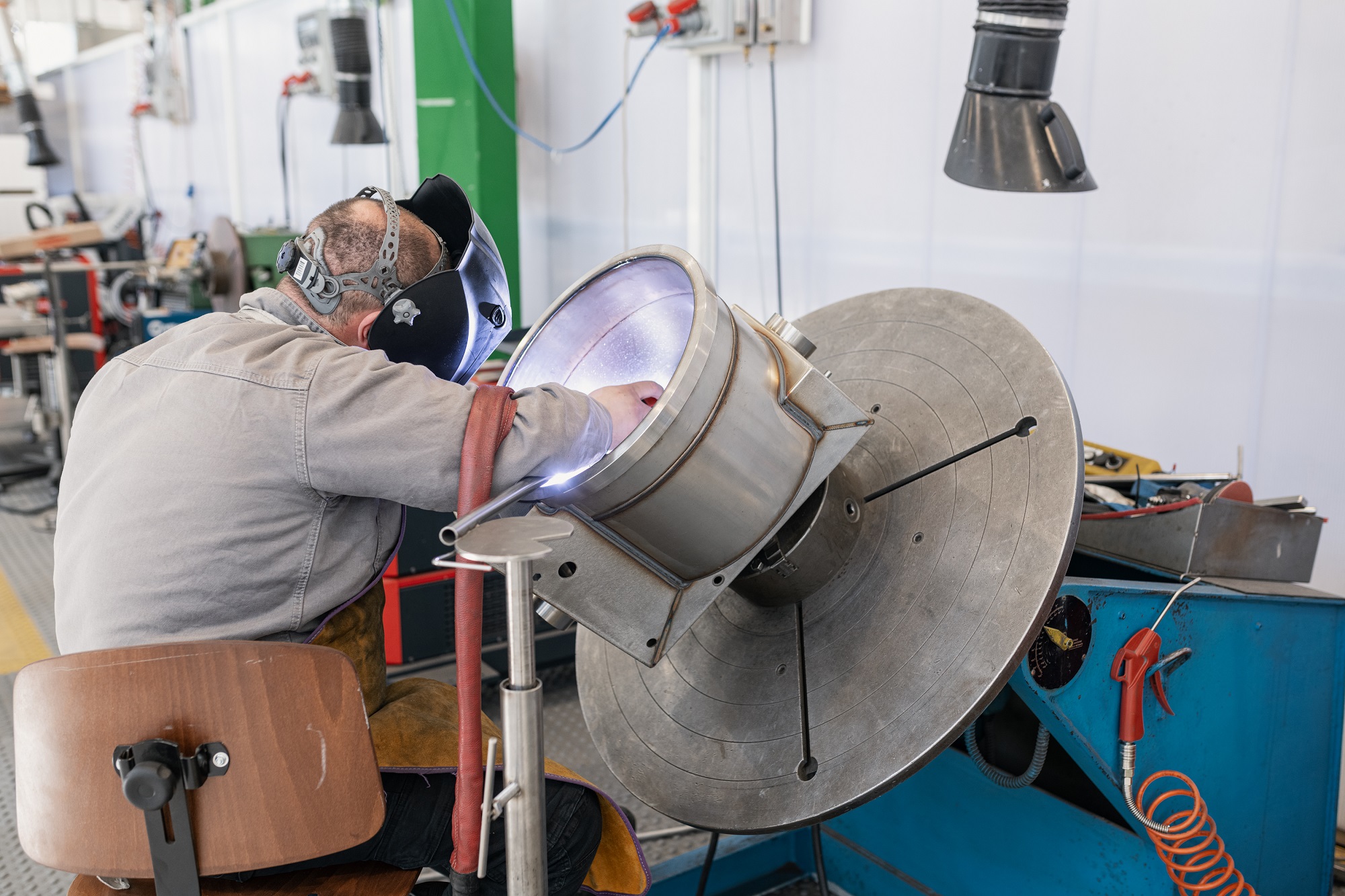 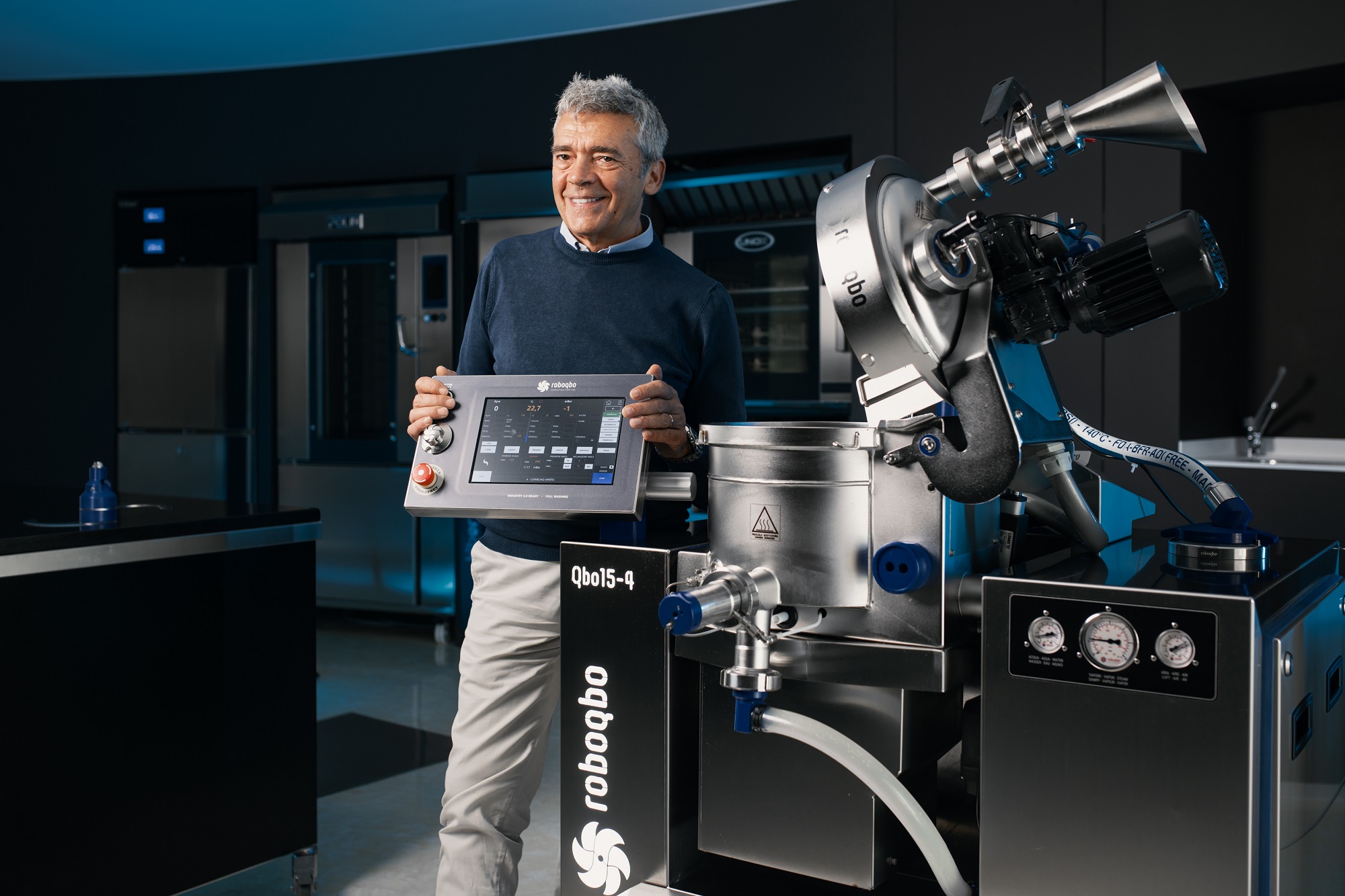 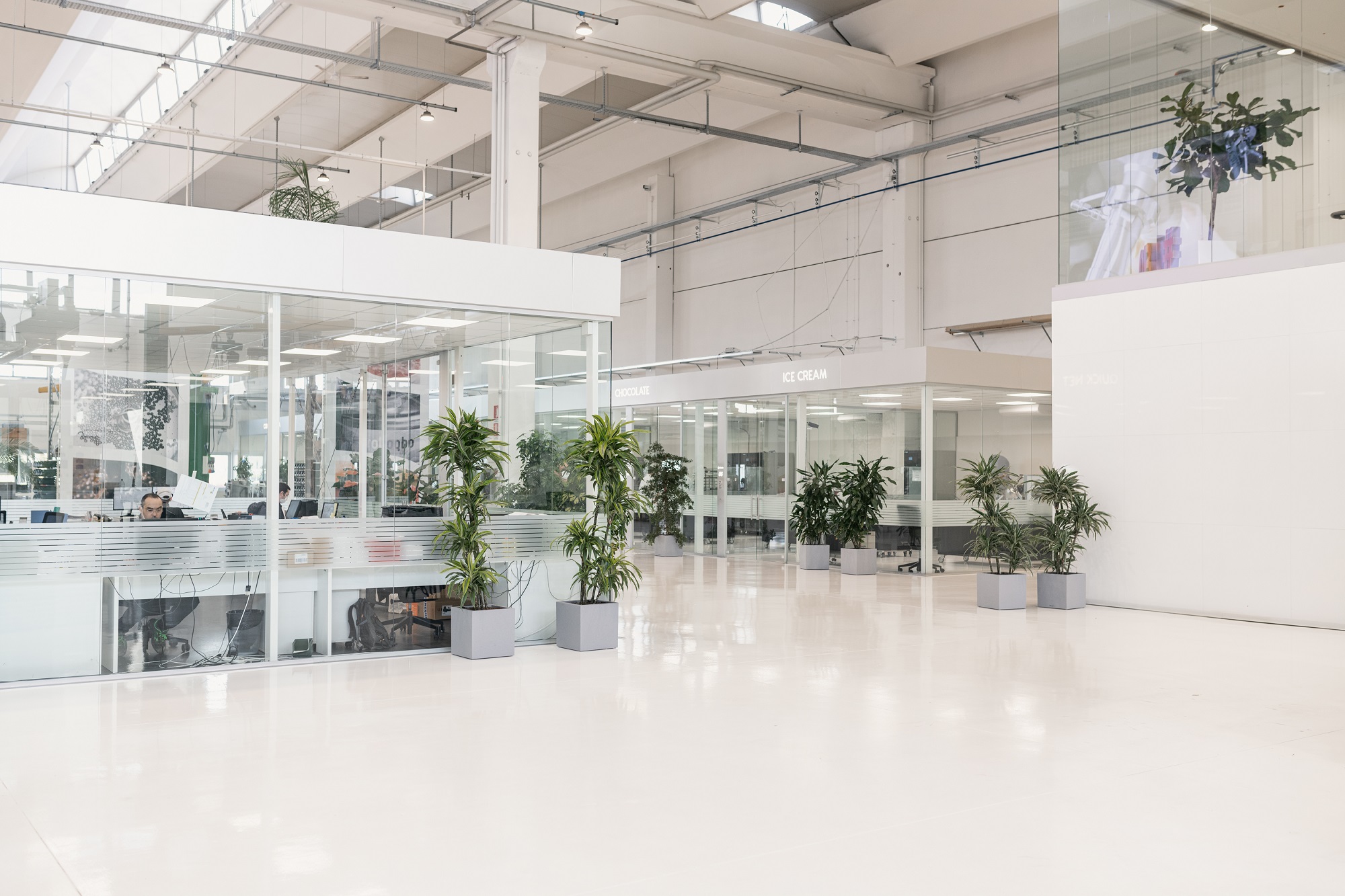 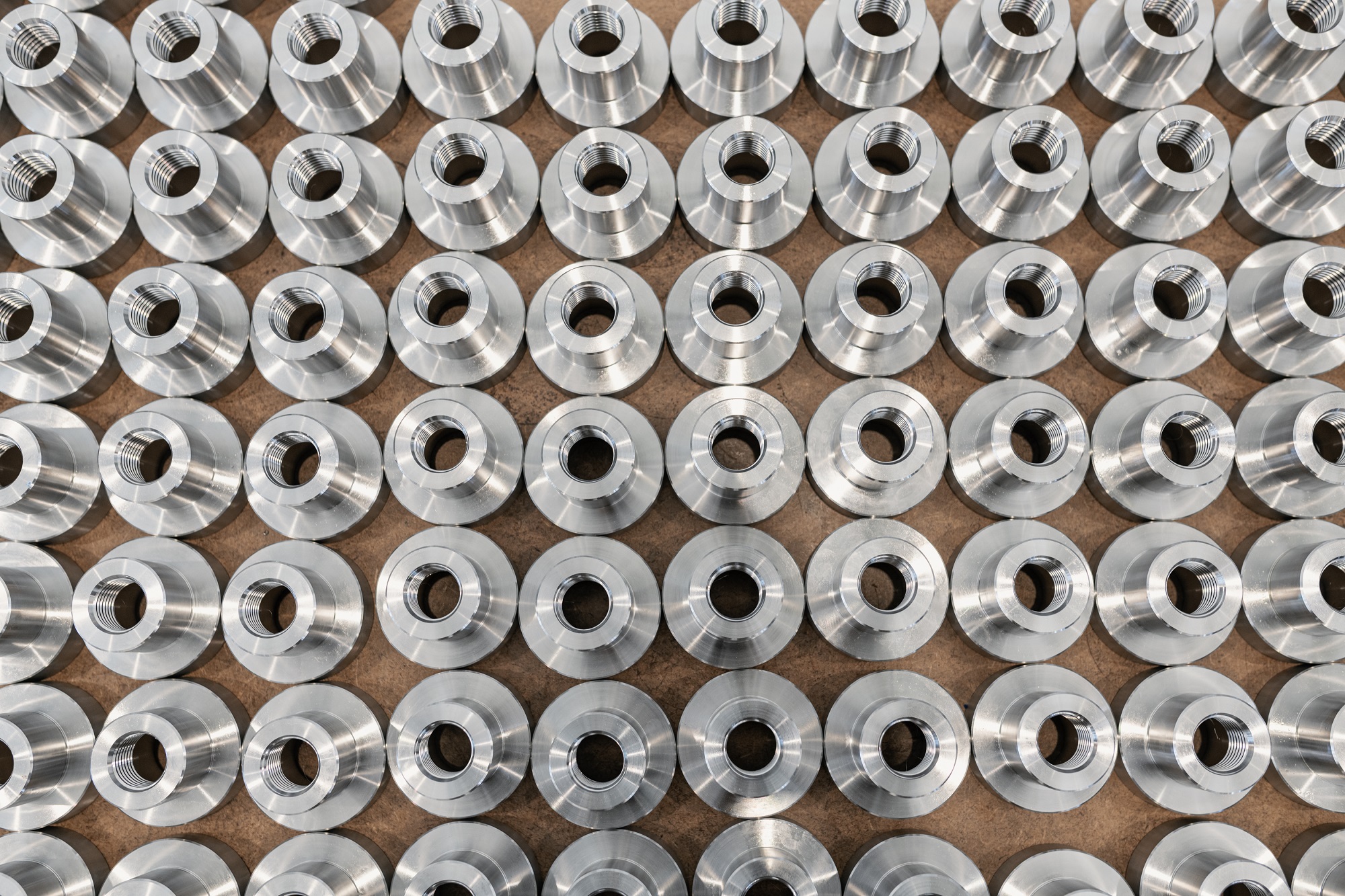 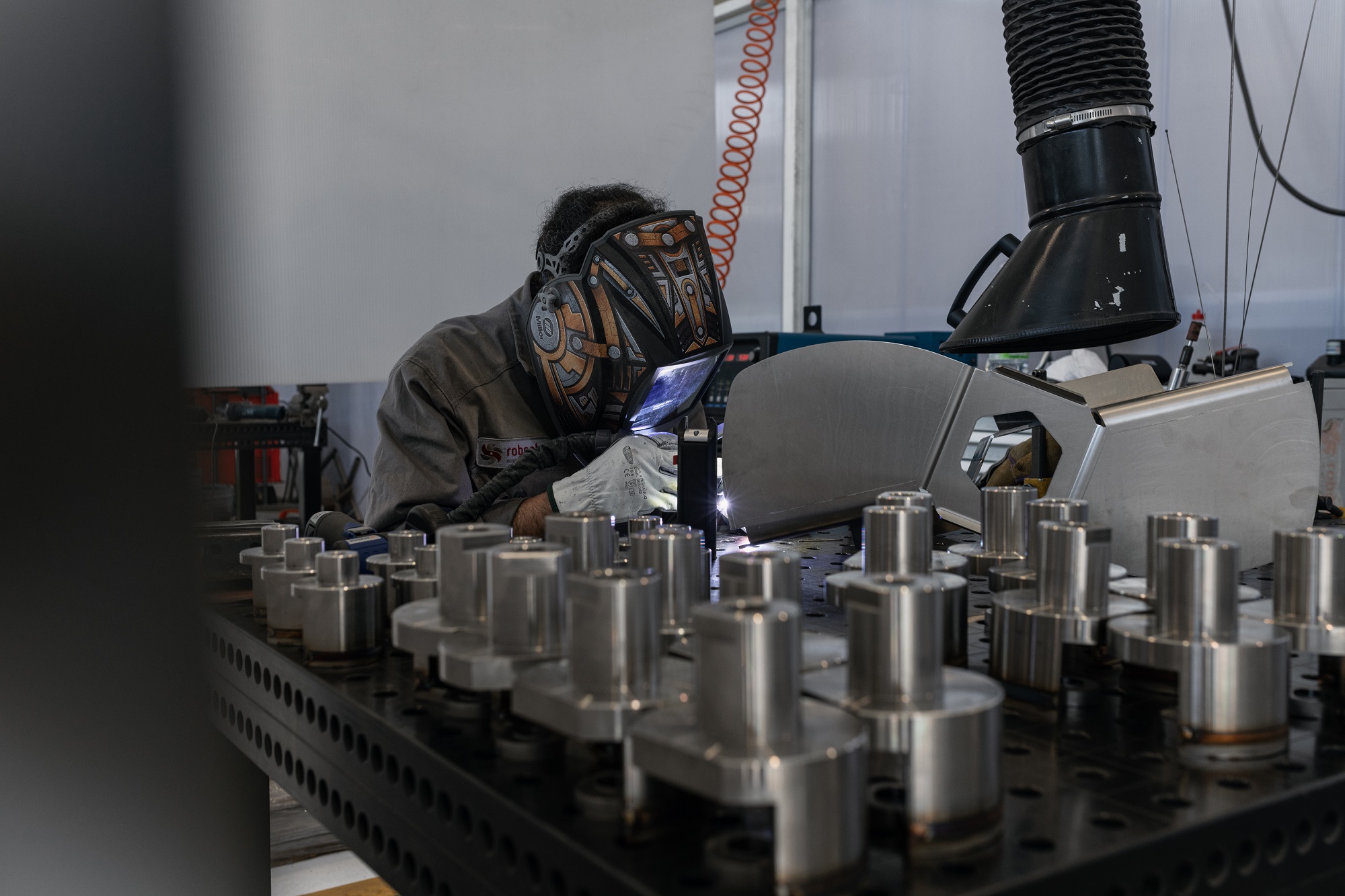 What business does a pastry chef have among dozens of metalworkers and engineers? This may sound a bit absurd, but the answer is to be found at an Emilian company that has always relied on creative ideas, technological innovation, human capital, and advanced machinery. And it is a story with a happy ending. That pastry chef is no longer alone and dozens of pastry chefs now work at the company, which has adapted over time in response to innovation. The story of Roboqbo began at the end of the 1990s and, as often happens, it was a simple idea, but with unforeseeable consequences. "After all, we were metalworkers and we did something as crazy as hiring a pastry chef," says Giuseppe Malavasi, Managing Director of Roboqbo, a company that now has 105 employees with a turnover of 14 million euros, 68% of which is generated abroad. The company was born 44 years ago in Bentivoglio, in Bologna, and was committed to producing small food and beverage robots: machinery for cutting parsley, onions and carrots. Then over time, the machine models have multiplied and the focus has moved to diversified market needs. "We eventually decided to build a comprehensive piece of equipment. The combination of the elements and devices in this machine led us to discover a quantity and possibilities of applications that we did not suspect existed. When we realized all this, research began and even though we have a huge wealth of knowledge and processes, we continue to discover new applications even today," Malavasi says. May it never end. Because innovation is often a bumpy but inevitable path. And it is a question of treading this path with the big team you have around you.

Story of a vision. But what is striking about the story of this company is its ability to adapt to markets, incorporate innovation and make it available to increasingly demanding customers. So in the beginning, the company presented the catering world with a single model of cutter with a knife for cutting vegetables. Then, after twenty years, the first line of QBO-Universal Processing System machines was born. And it was an incredible success. But we should proceed in an orderly fashion. Everything began in 1978: Giuseppe Malavasi, together with his father and brother, quickly dominated the market with a series of professional cutters, initially as a tabletop model, developed for the catering and food industry. From the outset, they stand out for the high quality of their materials and their greater automation and efficiency compared to the machines of the previous generation. Then in 1997, the company began researching the Qbo Universal Processing System, the transformation system that disrupts production processes. A single unit is capable of carrying out processes that normally involve the use of numerous pieces of traditional equipment. The company was transformed: new departments, new specializations and new target markets. The years passed and in 2002, Roboqbo was born. And the Malavasi family also decided to renew itself: new name, new brand and new dreams. And this brings us to the master of the Italian pastry chefs, Iginio Massari. In 2017, robots were decked out with hi-tech devices: there was connectivity; the full simple, and intuitive HD interface and the complete washing system for detergent management. The food revolution also had an impact on cosmetics and pharmaceuticals. So if there is a word that best sums up this Emilian story of experimentation and audacity it is Roboqbo. Because this is also the story of a lifestyle change, with a pure metalworking path that leads to the kitchen and table. "When a metalworker first enters a kitchen, he is like a bull in a china shop. Then, with great effort and customer care, he improves. Today, we are a leader in food processing. We are the only people in the world who do what we do. And we are proud of it," says Malavasi.

People and machines. But bear this in mind: this story should start with a message included in the company manifesto: We make machines, but we are not machines. So they say at Roboqbo. "It is a beautiful name that has brought us a lot of luck. Its bad grammar ensures it will always be remembered, as it is very distinctive. But much had to be done to get here. We now serve a very large customer base thanks to a range of products: From very small machines that process from one to five kilos to machines from six quintals per cycle. From the small farm, we go to the pastry shop and then to the intermediate cutting laboratories linked to big industries like Barilla, Saclà, Ferrero, Nestlè. Success is a question of machines, but these require people to keep them on track. The raw material is placed in the robot and the product is quickly obtained. We have managed to bring technology to small laboratories with an extremely versatile working system capable of adapting to different production needs." Over time, the company has specialized in the production of robots capable of individually executing a number of processes that are normally entrusted to various pieces of equipment: cooking, cooling, concentrating, refining and working in a vacuum. "Roboqbo preserves the raw materials, enhances quality and revolutionizes productivity. This is the mission. It is a tool that aspires to be universal, able to be applied to dozens of products and to carry out dozens of different processes using very little heat and without leaving traces of its use in terms of the taste and organoleptic properties of the raw materials," Malavasi points out. At the headquarters, the workshops are divided by theme: there are six, divided into industrial and canning industries, chocolate processing, pastry, ice cream, gastronomy and even one devoted to cosmetics and pharmaceuticals. Inside, there is also the Aqademia QboSapiens, a space conceived as a place of learning, experience and experimentation that offers thematic courses and workshops at the international level. "Our work involves continuous discovery and the train of innovation runs much too fast for us to stop," says Malavasi. There are now almost twenty people in the team who are designing the future: six are part of the technical studio and eight are internal chef employees who conduct testing with customers in order for these to make suggestions for improvement. And concerning the future, Malavasi has no doubt. "We will have more and more control sensors, strategic processes, and smartphone-like interfaces. After all, twenty years ago already, we began using touch panels to simplify. We have always been brave and pioneering." Here is Emilia’s version of Apple, providing technological solutions for the kitchen. A company that is already looking towards a bright future from that very kitchen. 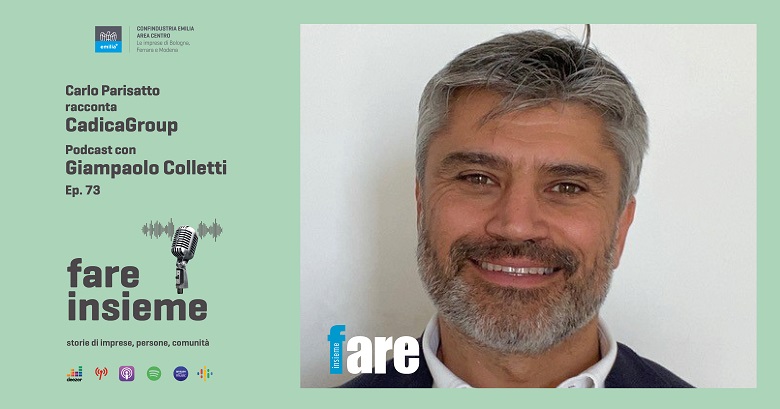 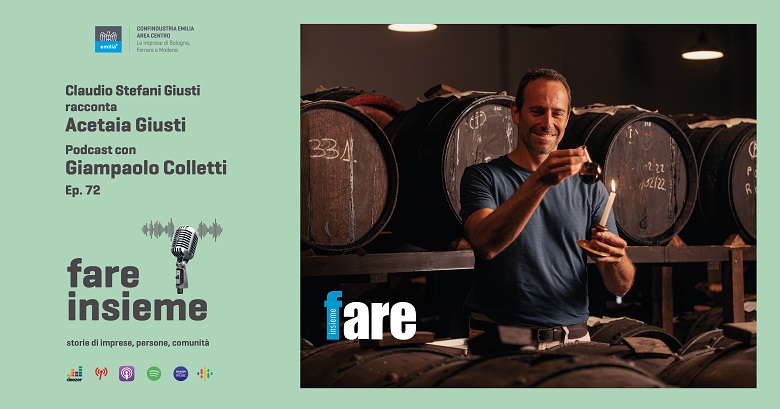 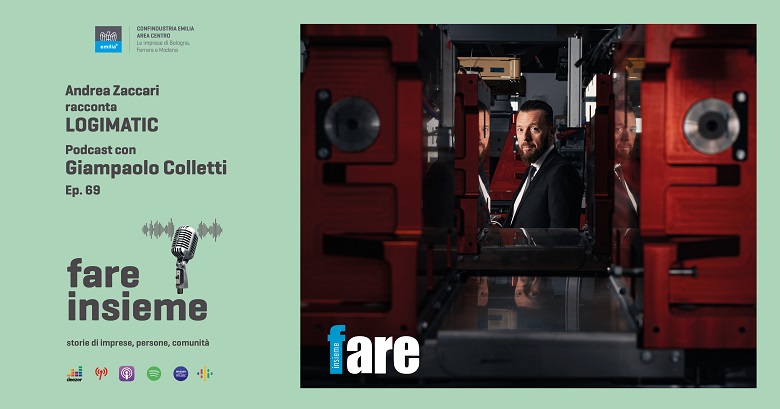 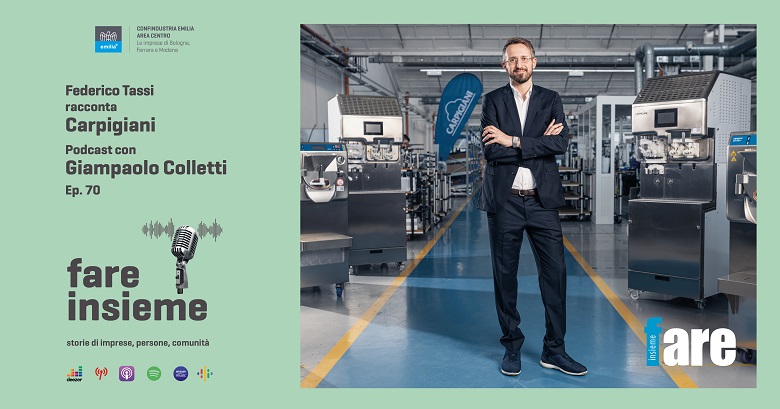 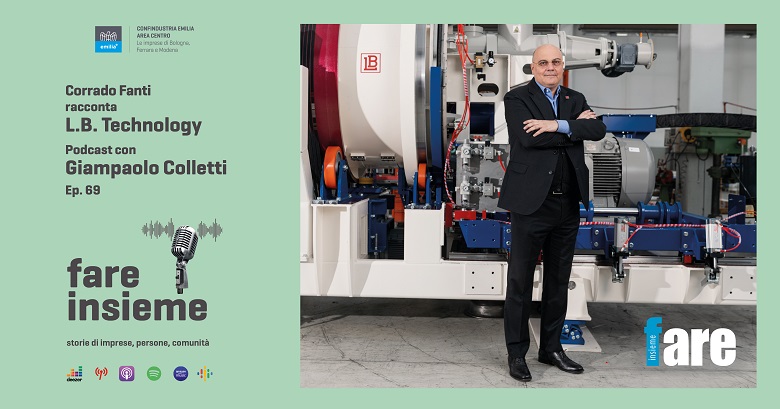 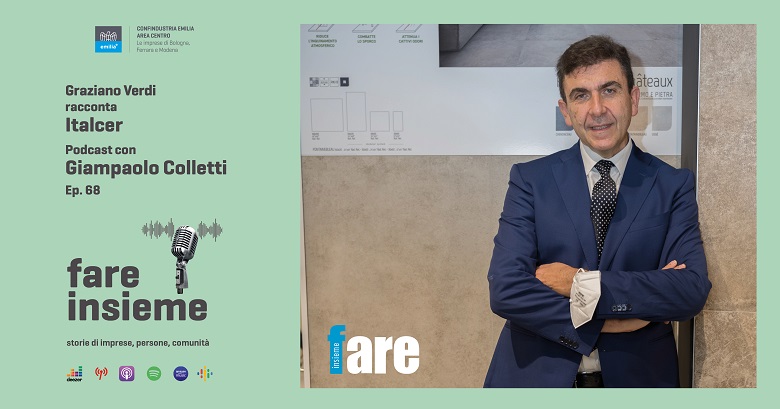