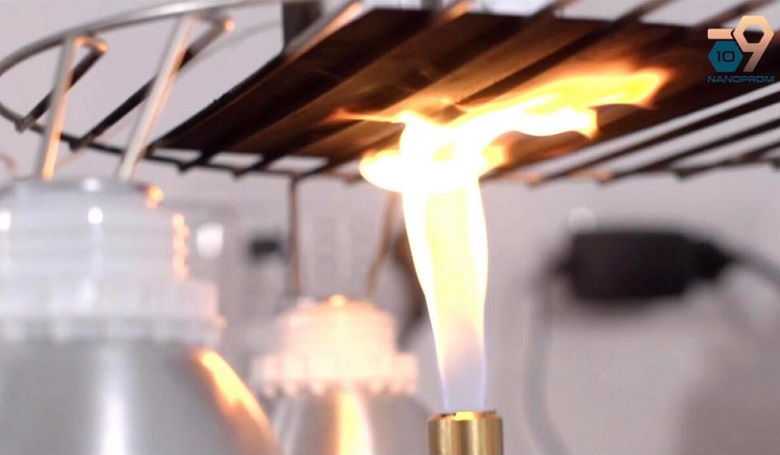 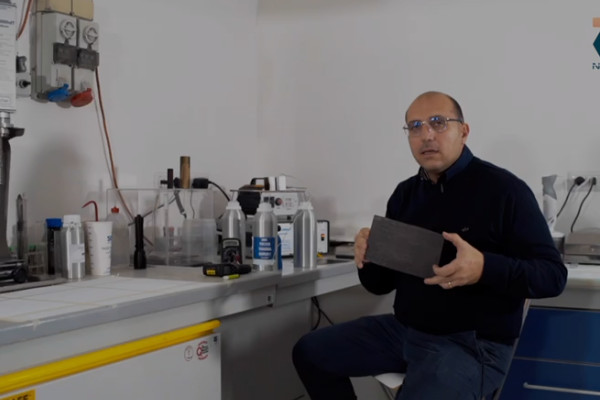 Following their research, Nanoprom Chemicals, a company from Casalgrande (RE) specialised in the production of light coatings, introduces an innovative paint that promises to revolutionise the world of aeronautics, automotive (especially electric cars), safety (fire fighters most of all) and of Formula 1 itself.
The name of the invention, which is already patented, is "Thermal Shield", literally a "heat shield", and its basic characteristics are essentially two: it does not burn and it does not spread heat.

To illustrate the principle of this paint in more detail is the founder and owner of Nanoprom Chemicals, Gianluca Falleti, who already supplies aeronautical and aerospace companies and the main Formula 1 teams with his light coatings. He presently sees a great future for what he has already called "an authentic revolution in the world of paints and resins." For its application on carbon and other composite materials, in fact, the “resin” version of this innovative paint is also available.

“The peculiarity of Thermal Shield  - explains Falleti - lies in the nature of its molecular formula, which is completely inorganic, unlike the fireproof materials currently used, which contain organic molecules, which are, therefore, flammable in themselves. The fact that Thermal Shield is based on silicon and does not contain carbon atoms, on the other hand, makes the performance of this paint exceptional against fire and heat sources, as it does not develop, in fact, any flame. And there's more: it acts as a real "heat shield". For example, thanks to the collaboration with Gianlugi Creonti's Crossfire laboratory in Solarolo, in the province of Ravenna, we have already tested that only 4 millimetres of application on a carbon or steel plate, reduce the heat from one side to the other from 1000 to 100 degrees centigrade, and even without the production of fumes. And remember that, in a situation such as that of a fire, the danger for a person is often more represented by the smoke than by the open flame.”

“Thermal Shield applications, of which we are currently at version 2.8, but we are already working on 2.9  - continues Falleti - are almost infinite. The greatest concrete results can be found, for example, in the world of aeronautics. For all aircraft manufacturers, the greatest threat is that of fires developing on board. This flame retardant coating, which is applicable to engines and potentially flammable components, would substantially reduce the risk of developing fires on board. But the entire automotive sector is also potentially interested, especially the more innovative one of electric cars. These cars, in particular, are much more likely to develop flames from their batteries. The application of Thermal Shield would substantially reduce such a risk. Last but not least, let us also consider the equipment of a rescuer, for example a fire fighter, who would be much more protected while intervening to extinguish a fire with this paint applied to his/her gloves and overalls. Similar considerations can be made for company fire doors. Then, of course, we intend to bring this innovation also in Formula 1, in the driver's suits but not only, with the aim of increasing the safety of those who run at over 300 km/h."

And there is more. For the large-scale production of this innovative paint (Thermal Shield is currently produced in small quantities at Nanoprom Chemicals and Crossfire), Falleti is thinking big, by recovering a historical site in the Emilian “motor valley”.

“My intention - adds the owner of Nanoprom Chemicals -  is to produce Thermal Shield for the whole world while remaining in Emilia Romagna. For this reason, we have already made agreements with Marco Fabio Pulsoni, the current owner of the former Bugatti Automobili plant, to transfer any large-scale production here within a year. An opportunity, therefore, not only for my company, but for the entire territory of our region, for which we expect the creation of several dozen new jobs, given the breadth of this great innovation.”