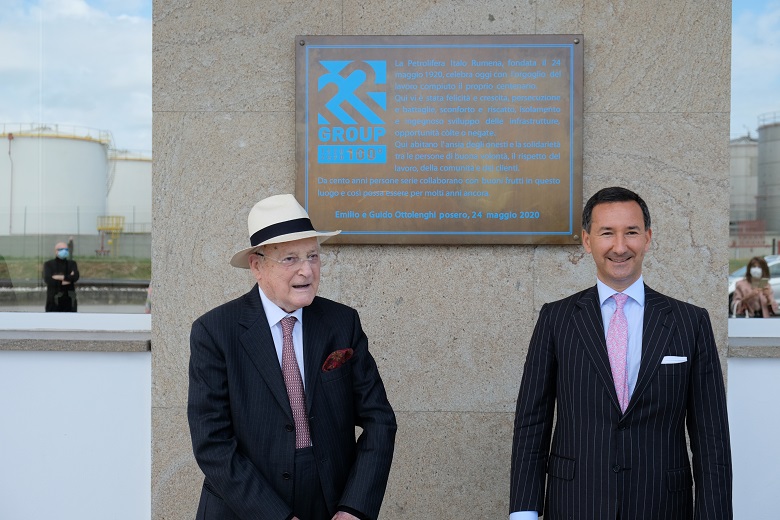 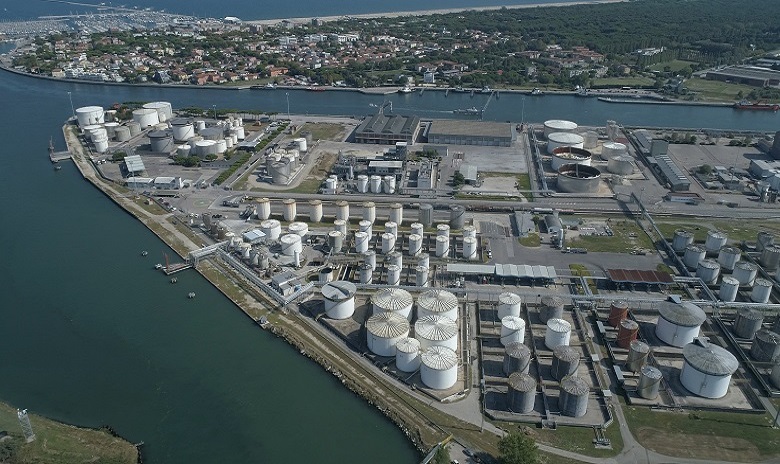 PIR, a book and an exhibition to celebrate a century of activity

A century of life and activity illustrated by photos and described in a book: it is the story of the company named La Petrolifera Italo Rumena (PIR), which, despite the problems of "social distancing" currently on the agenda, did not want to postpone the celebration of such an important anniversary. On Sunday 24th May the company celebrated 100 years of activity with a photographic exhibition tracing back its origins and history, in Marina di Ravenna, and with the book “The merit of the fathers. History of the Petrolifera Italo Rumena, 1920-2020", published by Il Mulino publishing house.
The Petrolifera Italo Rumena, parent company of the Gruppo PIR, which operates in Italy and in the Mediterranean in the storage, handling and distribution of liquid bulk and solid products, both loose and packaged, was, in fact, established on 24th May, 1920. The health emergency caused by the Covid 19 pandemic prevented the organisation of the events as scheduled, but, in spite of this, the anniversary was still celebrated.
The PIR company has been run by the Ottolenghi family for a century. Starting from Cesare, who was involved since the very start of La Petrolifera Italo Rumena immediately after the Great War, together with some Romanian partners. The latter further abandoned the company, at the fourth generation of the family, which was represented by Guido Ottolenghi. Today the Group companies, which are all active in the field of port logistics, operate successfully in various areas of the Mediterranean. All together they move more than five million tons of goods per year.

The photographic exhibition “The 100th Anniversary of PIR 1920-2020” (“Il Centenario PIR 1920-2020”)was inaugurated in the spaces of the Galleria FaroArte, in Piazzale Marinai d’Italia in Marina di Ravenna. The exhibition will remain open until 14th June, every day from 4 to 7 pm, in collaboration with Capit Ravenna and Pro Loco of Marina di Ravenna. The visits will be managed following the current health protocols that are in place. For information, call: 339 5494041.
The exhibition consists in 47 photographs, divided into four sections, ranging from the places where it all began (the Porto Corsini area, in Ravenna) to the portraits of the many workers involved, often whole families, who contributed to the growth of the oil company. A narration through images, which unfolds between the early post-war period and the present day, showing, at the same time, the development of the port of the Romagna city, from the first industrial opportunities linked to the oil sector, in the context of an economy that was still largely rural, to the technological innovations of the 2000s.

With "The merit of the fathers", the PIR Group celebrates its first centenary. The authors, Tito Menzani, Emilio and Guido Ottolenghi, reconstruct the events of the company from its birth to the present day, without neglecting the dark years of fascism and of racial persecution, when the Ottolenghi family, who were of Jewish religion, was forced to hide and find refuge in Cotignola, in the Ravenna area, from the end of 1943 to April 1944, protected by the whole town, together with other Jewish families, and by the prefect commissioner: a unique case in Italy. The book, with the preface by Ricardo Franco Levi, is the result of six years of historical research and intertwines many stories.
The PIR company represents a piece of history of the economy of Porto Corsini in Ravenna, where it was established since its origins, and of Italian economy, more in general. But also an example of enlightened family capitalism, made of entrepreneurial spirit, courage and foresight in facing difficult and painful phases (fascism, the Second World War, the persecution of the Jews) without ever throwing in the towel, seizing all the opportunities that were given to the company first from the reconstruction and then from the diversifications offered by the new times: from oil to chemical storage, up to integrated logistics and biodiesel, to real estate and, finally, to the internationalisation (with the settlements in Albania and Tunisia) and to the liquefied natural gas.

With 840,000 cubic metres of liquid capacity and 270 employees, today the Gruppo PIR continues to plan new expansion projects in logistics and distribution throughout the Mediterranean area, such as the construction of the first coastal Liquefied Natural Gas depot in Italy in the port of Ravenna.

The PIR company has also invested in other fields, such as the project that led to the magnificent recovery and restoration of the historical Villa Pliniana of 1573, one of the most charming and loved residential buildings on Lake Como.