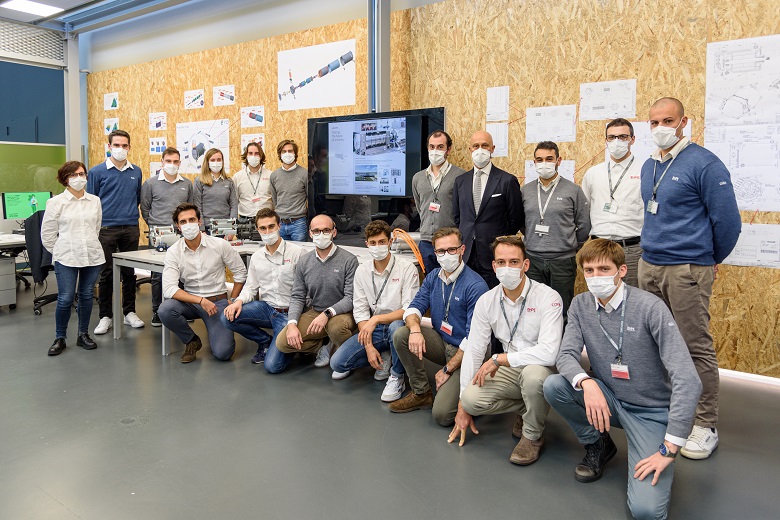 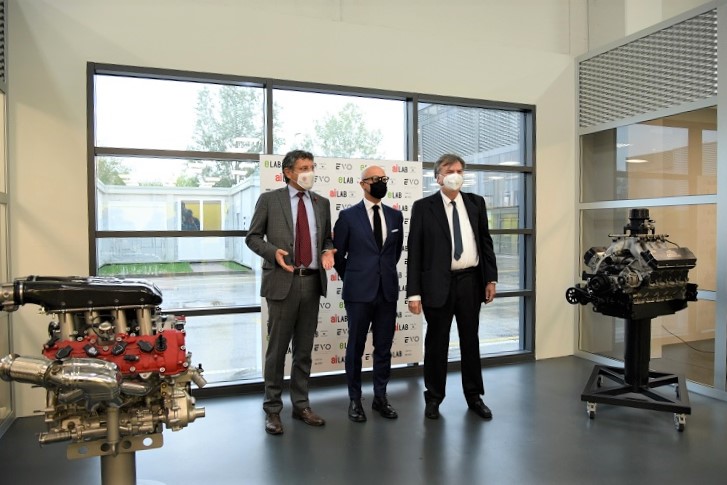 The two megatrends of today, which are already in the future, i.e. e-mobility and artificial intelligence (AI) applications, become two laboratories within HPE COXA, a Modenese company that deals with product development and operates in the automotive, motorsport, off highway, automation solution and defence sectors, by providing engineering services, projects and products.

As with other existing experiences (the last of which was MEKANÉ, the Higher Education School in High Performance Engineering, established in HPE COXA in July 2019), the realisation of these two projects is also in collaboration with the Alma Mater Studiorum University of Bologna and with the University of Modena and Reggio Emilia. The presentation took place this morning, in the presence of numerous authorities from the institutional, business and university world.

“The collaboration with the university”, explains Piero Ferrari, president of HPE COXA, “is a path that we have undertaken for many years, and with truly significant results. Working for innovation, even for a company that is fully integrated into the market, means keeping the flame of research constantly alive and applying its results to industrial projects. The relationship with the research centres becomes a constant mutual stimulus that contributes to the growth of the entire system".

After the greetings of the mayor of Modena Gian Carlo Muzzarelli, it was the turn of Andrea Bozzoli, CEO of the Modena company, to illustrate the two new laboratories located in the company. This was followed by the speech of Francesco Ubertini, the Chancellor of the Alma Mater Studiorum University of Bologna, of Carlo Adolfo Porro, the Chancellor of the University of Modena and Reggio Emilia and by the conclusions of the president of the Emilia-Romagna Region Stefano Bonaccini.

For a company like HPE COXA, the assertion that the primary capital of a company is in its human resources has become a true axiom. “We have long understood that in order to be competitive in our work we must not only select but contribute to directly train the graduates who will develop our projects”, says Bozzoli. "And this is most valid when talking about innovative fields, such as e-mobility and artificial intelligence, which are evolving at great speed, with enormous implications for industry and society."

“To optimise skills and experiences including training”, continues the CEO of HPE COXA, “we have further strengthened the strategic alliance with the university, by creating these laboratories". For both, the goal is that young people in the context of university education can accumulate here experience, put themselves to the test and enter the labour market.

The first of the laboratories, ai-LAB, in collaboration with Unibo, which aims to deepen artificial intelligence in various productive sectors, is the opportunity for HPE COXA to expand its business outside the automotive sector. The laboratory already has six engineers and also the implementation of some applications in different fields.

“It is a rapidly-developing sector, in the next five years the world will invest three trillion dollars for all-round artificial intelligence applications in all sectors”, recalls Bozzoli. "The reason why we decided to undertake this project is that AI applications, regardless of the sector of reference, are not only based on computer skills, but also on engineering skills typical of 'simulation' engineers. At HPE COXA we have about sixty engineers specialised in this field, and thanks to them we will expand our field of intervention”.

The second, e-LAB, in collaboration with Unimore and Unibo, is already a reality: the 13 young engineers chosen for this path have been working for a year to draw, design and build an electric motor. And the "demonstrator", the unique specimen that came out of their hands, was shown to the public today. "I don't know if it is appreciable for the outsiders," comments Bozzoli, "but this group of young people in less than a year was 'physically' able to built an engine".

“"Artificial intelligence and sustainable mobility", commented the Rector of the University of Bologna Francesco Ubertini, "are two fundamental themes for our future, on which the University of Bologna has invested a lot in recent years: the establishment of these laboratories is a new step forwards in this direction, which is particularly relevant also because it strengthens the link with an important company in our area, such as HPE COXA.  I am sure that this contamination between university and business will stimulate the development of advanced systems, which will be ready to be applied in multiple contexts: today we can already see the first results of this collaboration and I am convinced that many more innovations will arrive in the future".

HPE COXA's commitment to innovation and technological research is constant, as is its relationship with the university system successful and, in particular, with the University of Modena e Reggio Emilia”, remembers the Rector of the University of Modena and Reggio Emilia Carlo Adolfo Porro. "The creation within the Modena company of two new advanced laboratories, 'ai-LAB' and 'e-LAB', integrates in a line of business development that relies on qualified partnerships, such as universities, open to the inclusion and enhancement of many young graduates. More specifically, the 'e-LAB' laboratory sees the convergence of the efforts of HPE, Unimore and the University of Nottingham, which jointly participate in an electric mobility project that has already allowed a group of young engineers to draw, design, build and implement an electric motor, the only 'demonstrator' that will participate in the Formula Student Championship, reserved for university teams on an annual basis”.