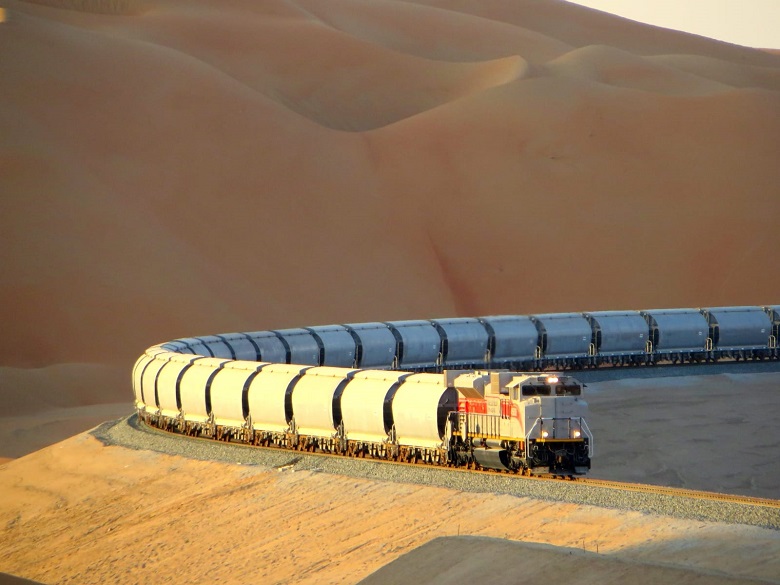 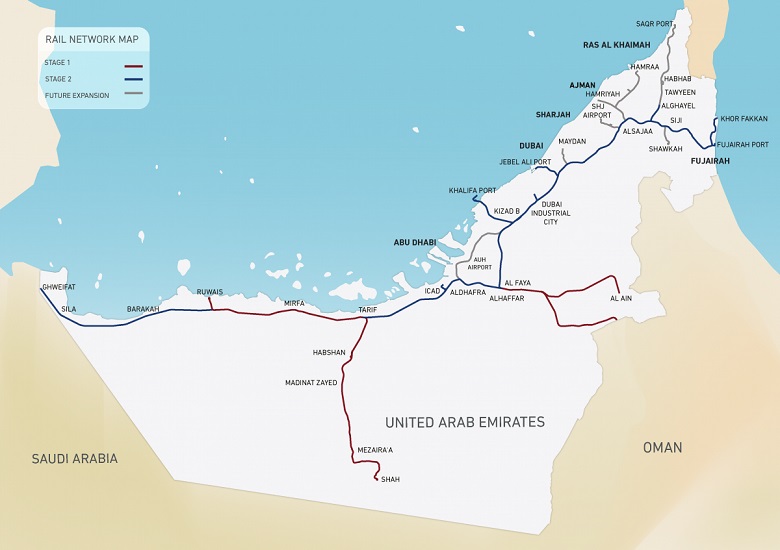 At the beginning of August SITE, the Bolognese company specialised in plant engineering and systems integration, finalised a contract worth over 10 million euros with Hitachi Rail STS, a world leader in railway signalling and engaged in the infrastructure development of Etihad Rail, which is the national operator with the job to develop and manage the construction and operation of the UAE's freight and passenger rail network.
A contract that foresees SITE's commitment in the next 3 years towards the construction, in turnkey mode, of an integrated and cutting-edge telecommunications system that will complete the development of 605 km of the new railway line within the second phase of the project, called “Stage Two”.
The contribution of SITE is part of the package of the contract dedicated to the technological development of the new line and which, more specifically, involves: the design and construction of transmission networks for signalling and safety; the GSM-R mobile telecommunication network; the integration of numerous technological systems, including telephone services, voice communications recording and synchronisation systems. The activities will be carried out over a period of 36 months, at the end of which SITE will also provide a warranty service for a further 5 years.

The section of "Stage Two", intended for freight and passenger transport and for the interconnection of the main commercial and industrial ports of the UAE, represents the continuation of the work of the "Stage One" project, which led to the inauguration, in January 2016, of the first section of the 264 km "Shah - Habshan - Ruwais" railway line, and for which SITE was already involved in installing the Signalling systems (an ERTMS Level 2 system, based on a multi-station ACC system, 1 Radio Block Centre (RBS), 400 Balises, 65 point machines and 150 Axle Counters). The "Stage One" line, which has already been operational for four years, today connects the gas extraction site, present in the south of the country, with the port of Ruwais, transporting up to 22,000 tons of granulated sulphur every day from Habshan and Shah to Ruwais on behalf of ADNOC.

At the end of “Stage Two”, the volume of freight transported along Etihad Rail's new network is expected to increase by seven million tons per year in the first phase to over fifty million tons.
A project of vital importance for the future of the country because it will improve the way goods and people move, opening new trade corridors and travel opportunities within and outside the Emirates and giving new life to the economic development of the entire Arabian Peninsula.

The new railway network under construction is also part of a broader national strategic plan, which aims to create the "Union Railway" that will extend for approximately 1,100 km and that, upon its completion, will redefine the logistics and transport in the region, providing a modern, safe, efficient and sustainable network that will connect the seven emirates of the United Arab Emirates to the neighbouring countries of the Gulf Cooperation Council (GCC) with a railway network of approximately 2,177 km. This contract represents an important result for SITE in line with the 2018 - 2020 industrial plan, which aimed to increase its export share.
“We continue to implement our development plan abroad, in which railway activities in North Africa and the Middle East play an important role – says Stefano Borghi, President and CEO of SITE – More specifically, this contract represents for SITE another important step in the consolidation of our presence on the Arab Emirates market. We want to create value in this country through the development of infrastructures of strategic importance and through the export of our skills in the integration and commissioning of signalling and telecommunication technologies, managing turnkey projects of great complexity; as well as providing software platforms developed internally to support plant maintenance. For the future, our ambition is to consolidate our expertise in the markets in which we are already present, such as Algeria, Morocco and the United Arab Emirates, as well as to open up new growth opportunities both in Africa and in the Middle East and in Europe.”