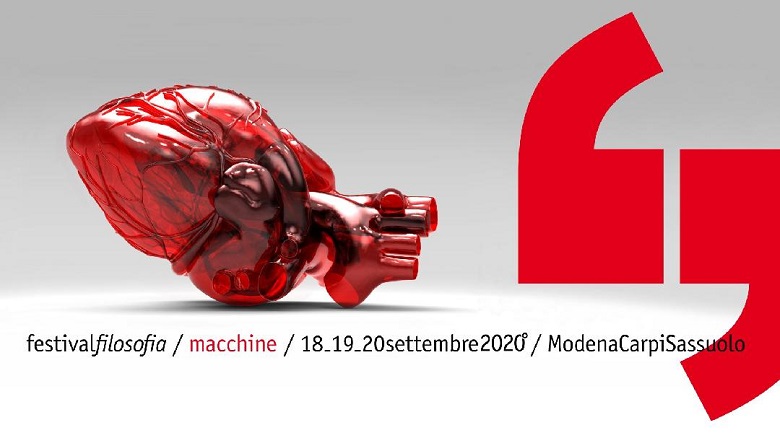 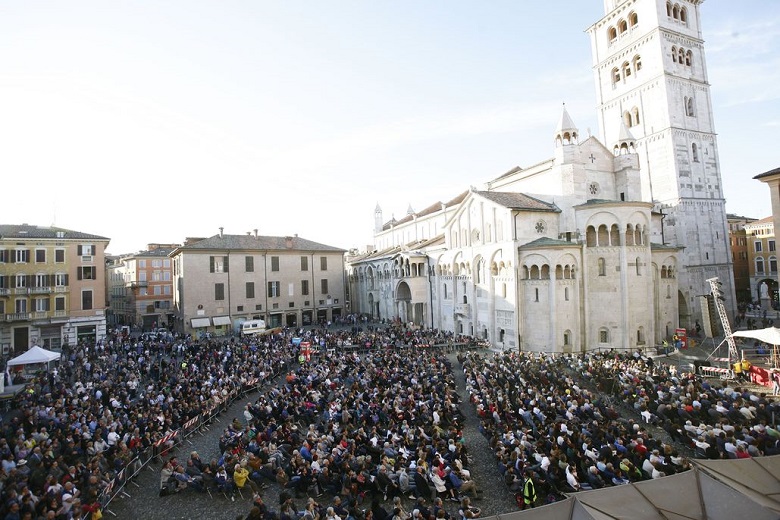 The 2020 festivalfilosofia 2020 which is programmed to be held in Modena, Carpi and Sassuolo from the 18th to the 20th of september is dedicated to the theme of machines. The first edition following the death of Remo Bodei, the entire festival programme is a grateful and moved tribute to his thought and to his works on the subject of machines. It will be a live festival that will however be held adopting all the protocols and the equipment foreseen by the Covid-19 emergency measures, so as to ensure the maximum safety of the audience and of workers. It will only be possible to participate in the lessonsby booking online from the 18th of August, one month before the beginning of the event. It will be possible to access the booking platform from the festival’s website. At its twentieth edition, as usual the festival’s format envisages master classes, exhibitions, shows, readings, activities for young people and philosophical dinners. The events will be almost 150 and they will all be free.

Squares and courtyards will host more than 40 master classes in which great figures of philosophical thought will tackle the various aspects of the topic, in order to bring out the challenges of technological innovation and artificial intelligence to the various spheres of thought and of action, from work to health, from politics to social life, discussing their outlook and social and ethical implications.

The 2020 edition, while confirming the close ties with the most important protagonists of philosophical debate, introduces seventeen new voices. Three quarters of foreign authors are new entries in the festival.

The festival’s philosophical programme also offers the section "the teachings of the classics": eminent scholars, including Simona Forti and Emanuela Scribano, will comment on texts which have been models or conceptual breakthroughs on the subject of the individual in the history of western thought.

While the master classes are the heart of the event, a vast creative programme (which is still being defined) will envisage live performances, music and shows. The participants include: Liliana Cavani(conversing about her work), Federico Buffa (in a recital on "2001 Space Odyssey") and Marco Paolini (reading from the "The adventures of Numero Primo"). There will be no lack of events for children and adolescents.

During the festival there will be an offer of more than twenty exhibitions, including Quayola’s solo exhibit produced by the Modena Visual Arts Foundation. In Carpi, an exhibition at the Palazzo dei Pio Museums brings together the work of Bernardino Ramazzini, while in Sassuolo a solo exhibit by Nani Tedeschi is dedicated to the symbiosis between the pilot and the machine.