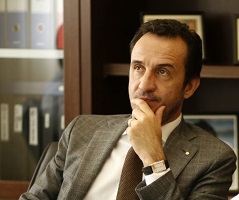 Riccardo Fava, born in Cento (FE) in 1963, is the CEO and General Manager of Baltur. Graduated with honours in Economics and Commerce at the University of Bologna, he obtained the qualification to exercise the profession of Chartered Accountant in 1988. In the same year he began his professional career within the family businesses, holding roles of increasing responsibility. Since 1999 he is CEO and General Manager of Baltur, he is also CEO of Relfin and in 2011 he founded Italtherm, of which he is Deputy Chairman and CEO. He was Chairman of the Young Entrepreneurs Group of Ferrara from 1998 to 2002 and Chairman of Unindustria Ferrara from 2010 to 2014. From 1st June 2018 he is Chairman of the Machinery supply chain of Confindustria Emilia for the four-year period 2018-2022. 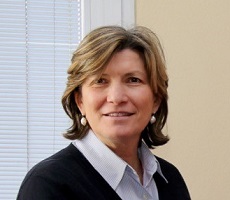 Elena Lancellotti, born in Modena in 1956, is the CEO of Tellure Rota. She graduated in Economics and Commerce at the University of Modena and Reggio Emilia. Registered with the List of Chartered Accountants of Modena since 1984, in the Register of Technical Consultants of the Court of Modena since 1990, in the List of Arbitrators of the Modena Chamber of Commerce since 1992, in the Register of Experts at the Court of Modena Criminal Section since 1993, in the Register of Statutory Auditors since 1995, and as Professional Conciliator since 2011. She was an Auditor of the Municipal Company of the Municipality of Modena from 1991 to 1998, Consultant of Ernst & Young Corporate Finance of Bologna in 1999, Councillor of Banca di Italia, Modena branch, from 2007 until the closure of the branch, Deputy Chairman of Cofim Modena from 2009 to 2012, Deputy Chairman of the Supervisory Board of Fidindustria Bologna from 2009 to 2013, and Statutory Auditor of Confindustria Rome from 2012 to 2015. Effective Auditor of Electronic Center since 2013, Councillor of S.A.I.M.O. since 2014, Councillor of the Fondazione Democenter Sipe and of CPM since 2015, and Effective Auditor of Datalogic since 2016. She is the Chairman of the parent company L.M., controlling Tellure Rota, of which she has been CEO since 2004. She is also a Councillor of Tellure Rota do Brasil, São Paulo (BR). From 1st June 2018 she is joint Managing Director of the Machinery supply chain of Confindustria Emilia for the four-year period 2018-2022. 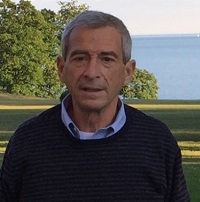 Paolo Marzocchi, born in Bologna in 1948, is Deputy Chairman of Marzocchi Pompe. In the mid-seventies he started his work in the family business, founded by his father Guglielmo and his uncle Stefano, which today ranks among the first world producers of pumps and gear motors. He has held the position of CEO of Marzocchi Sospensioni since 1995 and, until September 2011, has been a member of the board and executive board of Confindustria ANCMA (National Association of Cycle and Motorcycle Accessories - Associazione Nazionale Ciclo Motociclo Accessori). Since 2014 he has been a member of the executive board of Assofluid. From 1st June 2018 he is joint Managing Director of the Machinery supply chain of Confindustria Emilia for the four-year period 2018-2022. 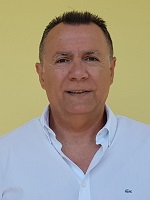 Claudio Sabatini, born in Finale Emilia (MO) in 1957, is a Founding Partner of Cigaimpianti. After obtaining his diploma at the ITIS Institute of Fermo Corni of Modena, he worked for 5 years in a company that dealt with industrial plants, covering technical/commercial duties. In 1982 he founded Cigaimpianti, born as a service company and which now mainly deals with the maintenance of automatic machines, automation and robotics. Over time he set up other companies (Food Division, Abissi, CIGA, Finciga, Finsaba, Enterprise) including, in 2012, Centro Emilia Terremoto, which won a regional tender and built a school for about 800 children in Cento (FE). From 1st June 2018 he is joint Managing Director of the Machinery supply chain of Confindustria Emilia for the four-year period 2018-2022. 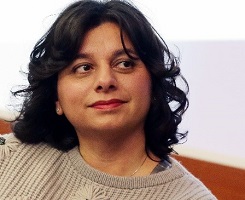 Elena Salda, born in Modena in 1973, is the CEO of CMS. After her scientific high school diploma, she attended the degree course in Mathematics at the University of Modena and Reggio Emilia, only to interrupt her studies in the last year because she was called to work in the family business, leader of a group of 4 companies operating in the sector of mechanical construction and processing for third parties. She was Chairman of the Young Entrepreneurs Group of Confindustria Modena from 2011 to 2014 and of the Modena Companies Association for Corporate Social Responsibility from 2014 to 2016. In 2012 she won the Bellisario award in the Young Entrepreneurs category, in 2013 she received the Top Investors in China award from the Italy China Foundation, chaired by Cesare Romiti, and in 2014 she won the Ernst & Young award as Entrepreneur of the year - family business category. From 1st June 2018 she is joint Managing Director of the Machinery supply chain of Confindustria Emilia for the four-year period 2018-2022. 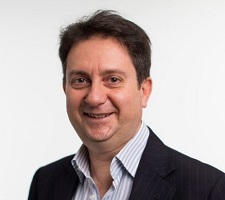 Stefano Scutigliani, born in Bologna in 1963, is the CEO of Metalcastello.Graduated with honours in Economics at the University of Bologna, he is enrolled in both the Register of Chartered Accountants and in that of Official Statutory Auditors. Between 1988 and 1995 he worked as Manager at the PricewaterhouseCoopers Auditing Company and then joined the Gruppo Caterpillar where he held various positions, including international ones, such as Managing Director, CFO, Strategy Director and M&A. Since January 2015 he has held the dual role of CEO of Metalcastello and Director of CIE Automotive Gears Division, business unit of the Spanish multinational group CIE Automotive. From 1st June 2018 he is joint Managing Director of the Machinery supply chain of Confindustria Emilia for the four-year period 2018-2022.